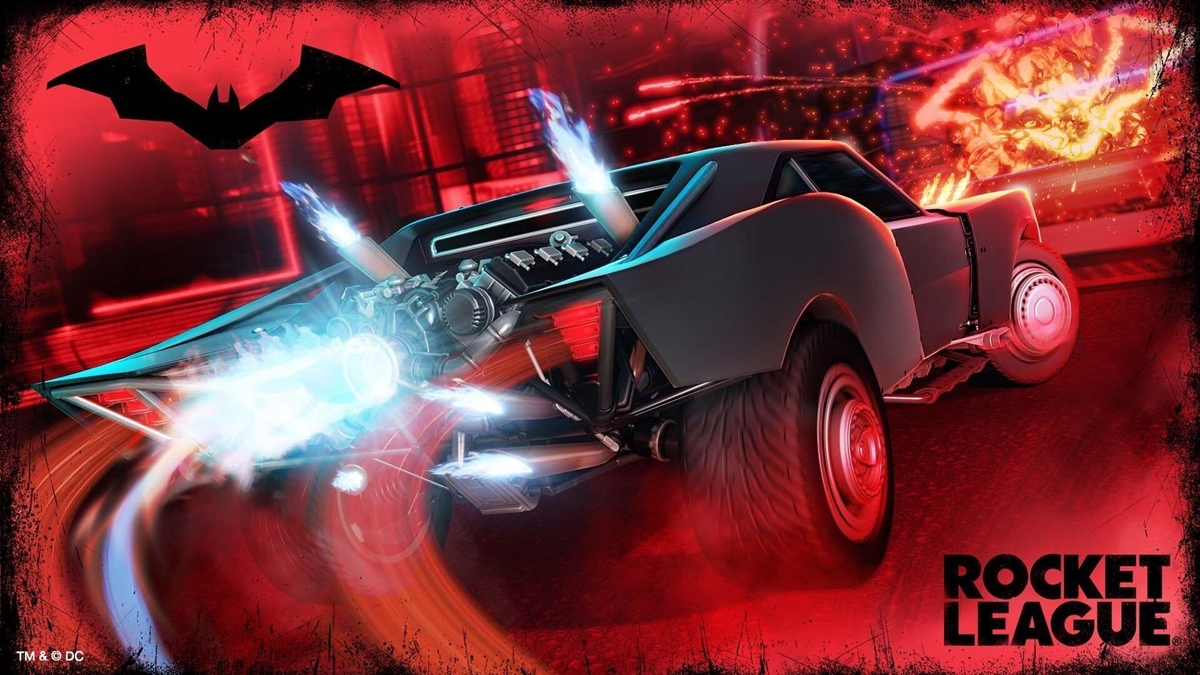 You know it, you love it and it's probably right up there with James Bond's Aston Martin in the hall of iconic cars. Arguably one of, if not the most legendary superhero transports in comics and film, the Batmobile has seen countless iterations over the decades, and its latest one has just made its way into Rocket League as part of a nifty bundle.

Released as part of a campaign to celebrate the cinematic release of The Batman starring Robert Pattinson, Rocket League players can now take control of the Dark Knight's sleek ride and ram some goals home with The Batman Bundle, which can be purchased for 1,100 credits within the in-game store. There's also a nifty trailer too, and while we're at it - is it just me, or are Psyonix really nailing their recent trailers?

Anyway, if you're interested, you might want to take note that all of the accessories that come with the bundle (as listed below), with the exception of the Batman Goal Explosion, will only be usable with this current iteration of the Batmobile.

Apart from the new Batmobile, the Gotham City Rumble Limited Time Mode (LTM) is also making a return to Rocket League, and this is where the real party starts. While the objectives remain the same as they would in a regular Rumble, you'll also be able to utilise special abilities inspired by figures from Batman's rogues gallery, included The Joker's Boxing Glove, Poison Ivy's Vines, and Clayface's Spikes.

Last but not least, do take note that both the bundle and the LTM will be available from now till Wednesday, 9 March at 10 am SGT. For more information, feel free to check out the official announcement on the Rocket League site.

Join HWZ's Telegram channel here and catch all the latest tech news!
Our articles may contain affiliate links. If you buy through these links, we may earn a small commission.
Previous Story
Never run out of ink with the launch of HP’s Instant Ink service in Singapore *updated*
Next Story
Tribecar acquires fellow car-sharing operator Car Club to expand fleet to over 1,400 vehicles