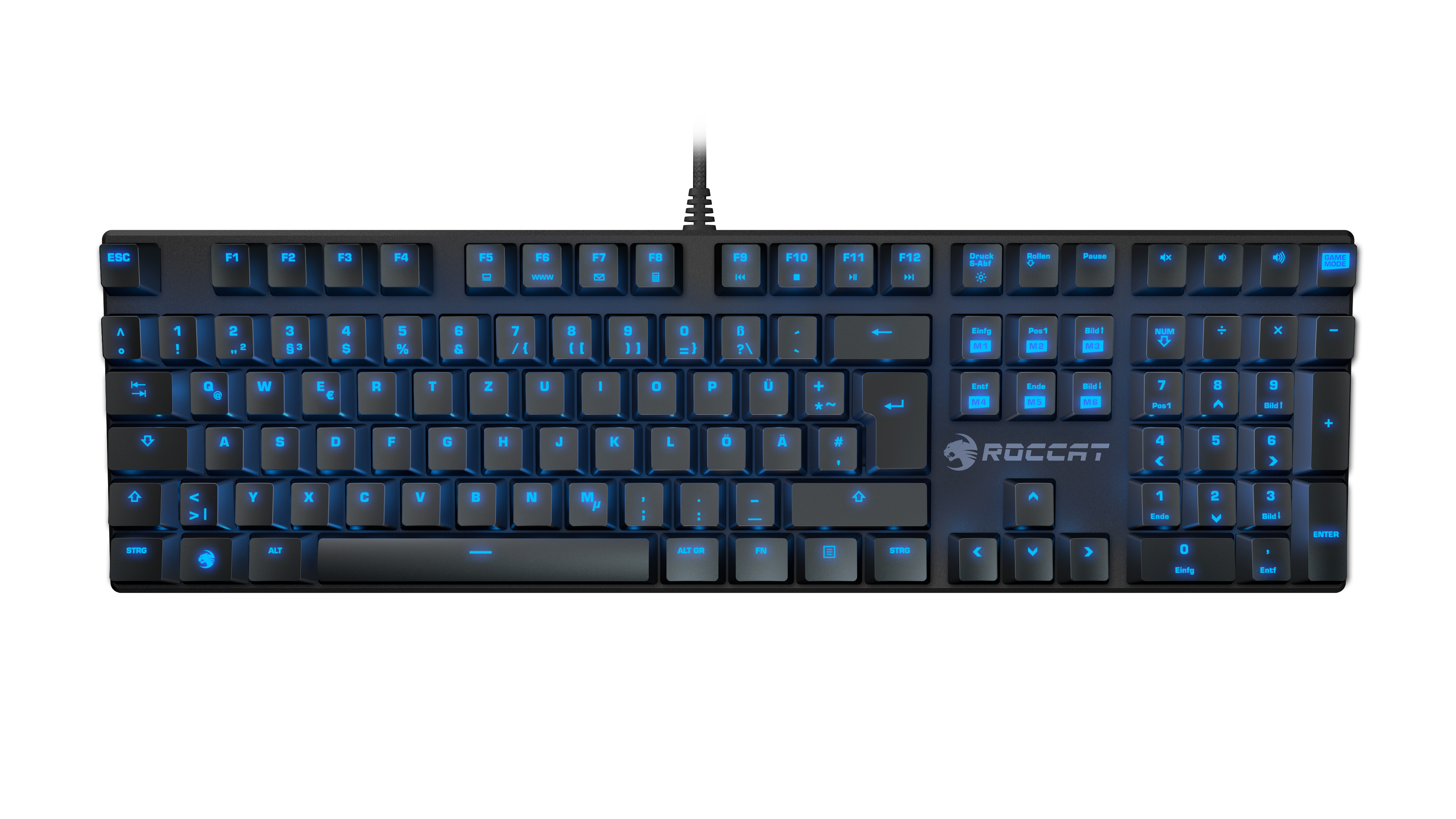 Roccat announced the new Roccat Suora mechanical keyboard at Computex Taipei 2016 today. The Roccat Suora features a minimal, chocolate bar design with a frameless build for its keys. Roccat also gave the Suora exclusive blue backlit keys, which can be adjusted to your preferences.

As a keyboard with a minimalistic design, the Roccat Suora does not come with space-hogging features. According to Roccat, the Suora does not use a thick border or an integrated palm rest, and neither does it come with media keys. Its mechanical keys are mounted on a plate, placed within its aluminum alloy housing. As a mechanical keyboard that deliberately reduces its physical presence on a desk, the Roccat Suora aims to provide an input device that doesn’t distract the focused gamer.

That’s not to mean that the keyboard is inflexible and not helpful beyond the QWERTY input – Roccat said that there are six programmable macro keys on the Suora, and it comes with multimedia functions. You can still bind unique commands to the Home key and the other five buttons around it. You can also adjust audio through the Suora, as they share the Function keys at the top. Roccat also disabled the Windows key on the mechanical keyboard, replacing it with a Game key instead.

To keep up with its users, the Suora comes with 1,000Hz (1ms) polling rate, and a 50 million key stroke life cycle. The mechanical keyboard also has an advanced anti-ghosting matrix with N-key rollover, for registering every key stroke reliably. The Roccat Suora uses TTC Brown mechanical switches, and the keyboard measures 125 x 430mm.

The keyboard’s blue backlit keys are adjustable. Roccat said that it comes with a ‘breathing’ effect, and it has 11 brightness levels.

In Finnish, the word “Suora” can mean “straightforward” or “direct”, which amplifies the no-nonsense design language of the Roccat Suora mechanical keyboard.

According to their press release, the Roccat Suora will be available in early July 2016, at US$99. The official website of the product can be found here.