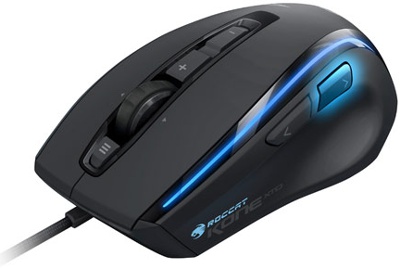 Additionally, they are the first mice to feature the new Roccat Titan Wheel, which is built includes a strong axis shaft and most sophisticated encoder, delivering millions of ultra-precise steps during its lifespan. The Kone XTD features a 4D Titan Wheel, while the Kone Pure is loaded with a 2D version. Both mice also include the innovative new Roccat Click Master switch tech powered by Omron, which is an advanced switch technology that delivers the most precise button activation ever.

The Roccat Kone XTD Max Customization Gaming Mouse and the Kone Pure Core Performance Gaming Mouse will hit stores in Europe on 26 October and in North America and Asia end of November. They are priced at US$89.99 and US$69.99 respectively.