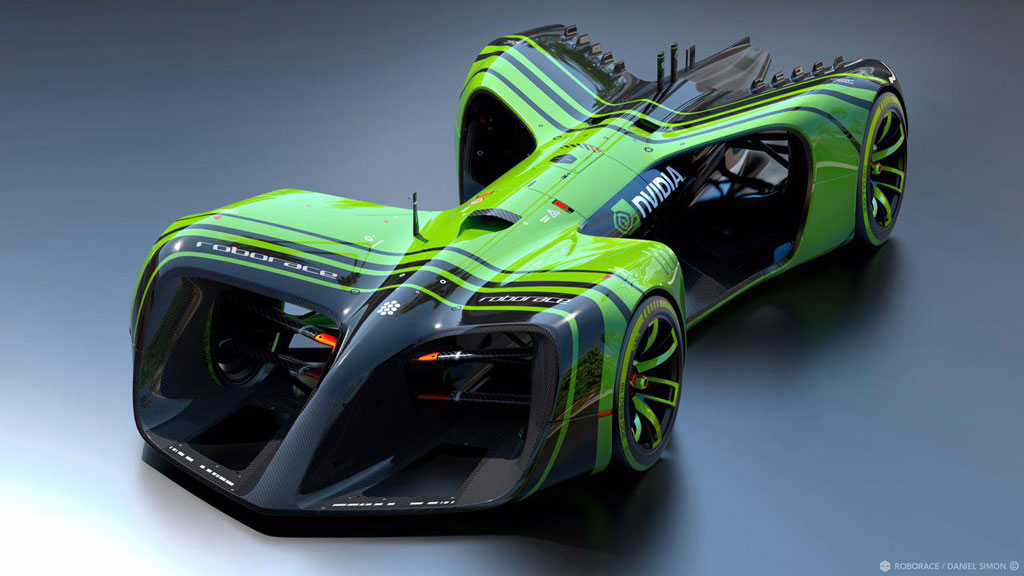 Roborace has announced that it will be extending its successful collaboration with NVIDIA as it upgrades its Robocars to the new NVIDIA DRIVE Pegasus AI car platform, which is designed for Level 5 fully self-driving vehicles.

NVIDIA DRIVE is an AI platform that spans from the cloud to the car. DRIVE Pegasus, launched last October, has 10 times the performance capabilities of its predecessor. It can perform 320 trillion operations per second, or the equivalent computational capability of a 100-server data centre housed in the size of a license plate.

NVIDIA has been a key technology provider since Roborace announced the DRIVE PX 2 platform adoption in April 2016 and have helped bring high-speed demonstrations of driverless technology to cities around the world.

In mid-December, Roborace performed a live demonstration using their ‘DevBot’ development cars on the streets of Hong Kong, pitting a human against an AI driver (using the NVIDIA DRIVE PX 2 platform) to see who could complete a lap of the Formula E street circuit the quickest.

Roborace is pushing the limits of AI technology and delivering autonomous driving experiences that have never been achieved before. The advances made with NVIDIA technology in motorsport will accelerate adoption of autonomous vehicles on public roads, making daily travel safer and more enjoyable. - Danny Shapiro, Senior Director of Automotive, NVIDIA.