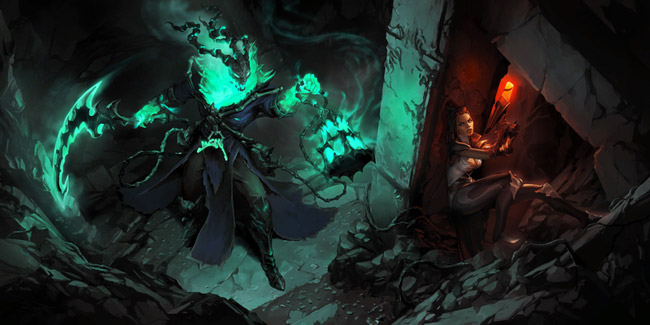 Between managing an immensely successful MOBA, a card battler that’s quickly gaining traction and even a competitive first-person shooter, you’d think that developer Riot Games would have more than enough food on their plate already. Even if that’s true, they certainly don’t disappoint, because Legends of Runeterra has a lot of cool new stuff coming up in the next few months.

Riot recently released the short-term development roadmap for LoR, and among other things, the main bits that we’re interested in are the Gauntlets and the Labs. The former appears to be something like a competitive version of Hearthstone’s weekly Tavern Brawls. Gauntlets are limited-time modes where players are subject to unique deck building rules, such as having a maximum of one copy per card in a deck. However, to get players a little more into the groove, the first Gauntlet, which arrives on June 26 will feature standard deck building rules. 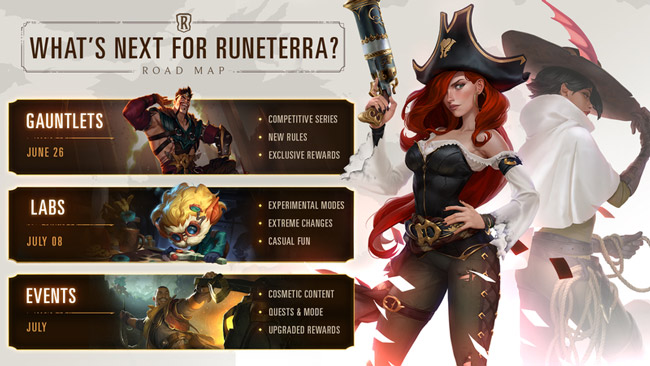 There’s also the new Labs mode, which is tastefully represented by Heimerdinger in the picture above. It’s more of a fun and casual mode, where players will be assigned weird gimmicks, such as unusual (if not awkward) champion pairings, weird strategies and faster-paced gameplay. It’s essentially the card battler version of League’s All Random All Mid (ARAM) mode if you think about it. The first edition of this debuts on July 8.

Following up in July and August are more conventional items, like new events, regions and cards. According to Riot, the first event, whose theme they’re still keeping under wraps will take place sometime in July, and players will be able to get a ton of rewards just by playing. However, the developers have also tossed in an “Event Pass” for those who want a little extra spice.

As for new regions and cards, here’s what Riot has laid out as a general rule of thumb. New cards will be introduced every two months, while regions will be added in every six months. Additionally, the regions introduced will become the focus for the next 3 content releases - this is great because it gives players a sizable window to get accustomed to the new mechanics (if any) before the next big addition drops. 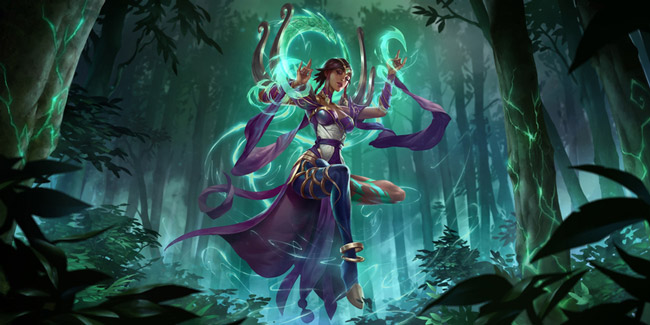 Last but not least are the standard patches, balance changes and quality of life improvements, which Riot has detailed as follows:

● Cross-shard friend challenge
○ Within the next few months

As you can see, it’s a pretty hefty roadmap just for the next half of 2020, and that’s not including the actual content releases after August. So, if you haven’t picked up the game yet (which is free!), now’s as good a time as ever to get clued in. Have fun!