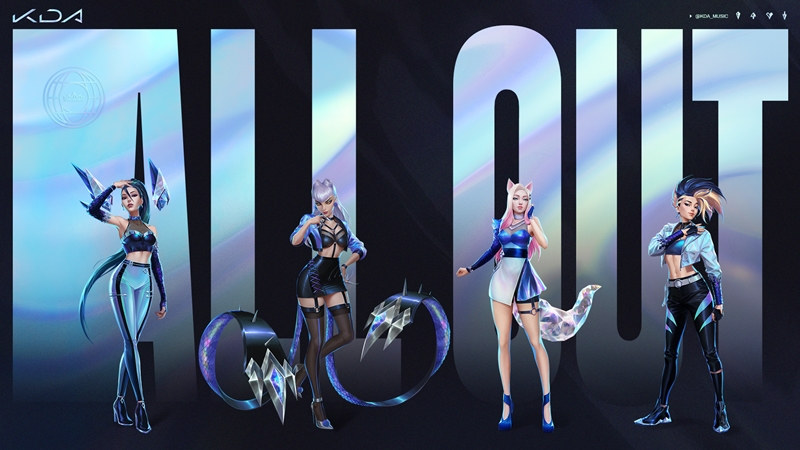 Ever since Riot released an announcement regarding K/DA's new EP ALL/OUT several weeks ago, it seems the LoL community can't get enough of it...nor of the ensemble's cute new member and vocalist Seraphine.

Indeed, as League's newest playable champion, Seraphine, the Starry Eyed Songstress is arguably the game's most trending character lately, and as an idol, it only makes sense that Riot wouid fit her into one of their music ensembles. But while she's certainly got the looks for the job, you can gaze at her in LoL's Champion shop as much as you want later - we're here to talk about the EP. Focus, people.

Today, we've got the full 5-song track list for you to check out, as well as this cool new visual Riot released to go with it. In order, the tracks, as well as the collaborators that worked with Riot on it are: 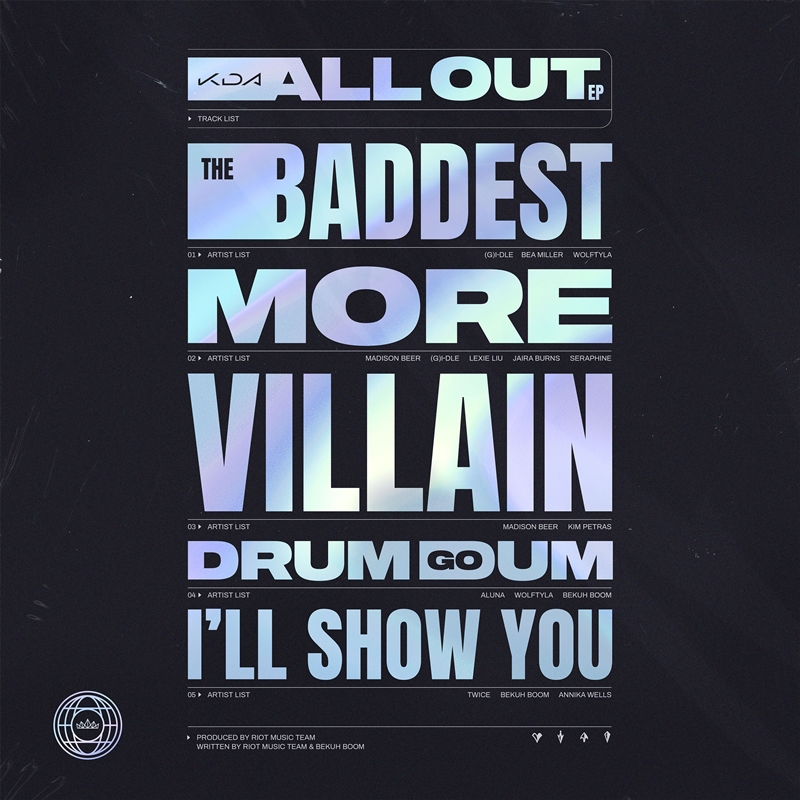 Now, that first track is one we're already familiar with. THE BADDEST was released about two months ago in August, and if I had to say anything, I'm actually quite fond of the colour scheme they went with. Anyway, this is that point of the conversation where we remind you about the release date, November 6, so mark that down if you're looking at getting the EP.

Okay, that's about it from us, so if there aren't any burning questions, you're free to go back to the Champion shop and stare at Seraphine some more. Oh, we know.

Join HWZ's Telegram channel here and catch all the latest tech news!
Our articles may contain affiliate links. If you buy through these links, we may earn a small commission.
Previous Story
League of Legends: Wild Rift will start its first regional open beta test on Oct 27
Next Story
CD Projekt RED has recreated the Porsche 911 Turbo in Cyberpunk 2077