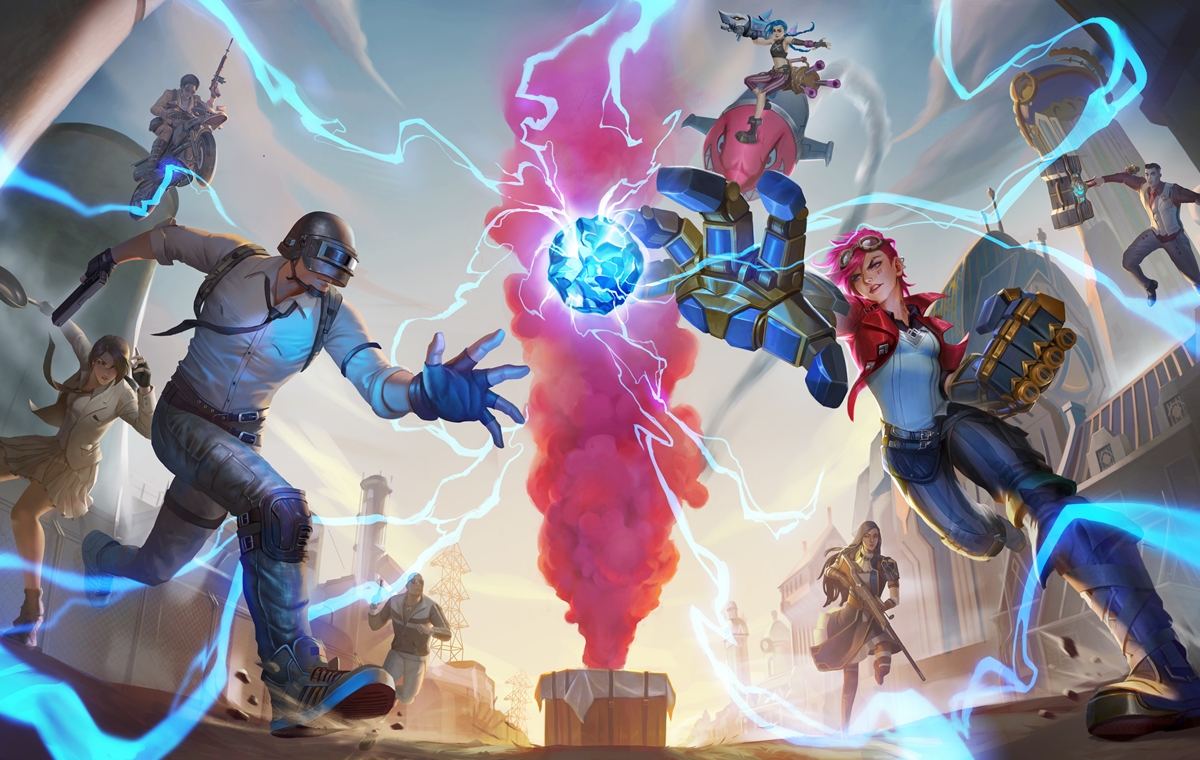 In what is arguably one of, if not their most unexpected collaborations yet, Riot Games announced today that they have joined up with PUBG Mobile to bring some of the characters from their upcoming Netflix series Arcane into the popular battle royale.

Notably, this suggests that character and item cosmetics themed after Jinx, Vi, Jayce, Caitlyn and more will be added into the game in subsequent patches, starting from the upcoming Version 1.7 update that's scheduled to arrive in mid-November. According to information provided by Riot, the partnership was formed to help commemorate the release of the much-hyped animated series, which explores the relationships between League of Legends' most prominent sister duo as well as that of Piltover and Zaun.

The first portion of the show, which will span nine episodes across three different Acts is scheduled to premiere this weekend on 6 Nov at 7 pm PT, just hours after the crowning of this year's League of Legends World Champions. Acts 2 and 3 will then follow in two-week intervals.

But as odd as this partnership appears to be, I mean - battle royales and MOBAs aren't really the closest of neighbours in terms of genre, it's still an exciting avenue for both parties involved to explore.

As Vincent Wang, Head of PUBG MOBILE Publishing over at Tencent Games said, "Runeterra is one of the most beloved universes in gaming, and to be able to bring that magic to PUBG MOBILE while also supporting the release of Arcane is an amazing opportunity.".

Likewise, his sentiments were reiterated by Brandon Miao, Cross Product and Experiences Lead, Riot Experience (XP) at Riot Games, who mentioned that the studio "values companies that nurture communities of shared play with a deep commitment to developing exciting content to delight player.", and that they are "looking forward to bringing an authentic celebration of Arcane to Erangel" alongside their PUBG MOBILE counterparts.

Join HWZ's Telegram channel here and catch all the latest tech news!
Our articles may contain affiliate links. If you buy through these links, we may earn a small commission.
Previous Story
The new ASUS Vivobook 13 Slate is the world's first Windows detachable notebook with an OLED display
Next Story
Transformers: Tactical Arena arrives on Apple Arcade this week