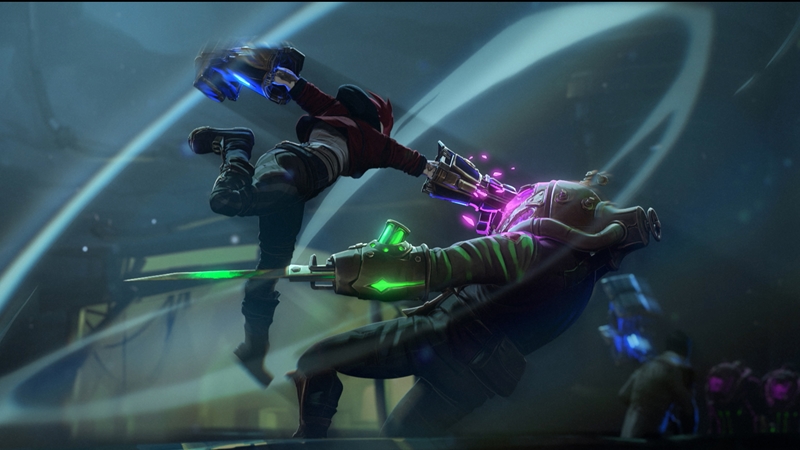 It's time to stock up on the health pots (read: drinks), Summoners, because 6 November is going to be our night (or day, depending on where you live). After all, not only will we be able to catch the Grand Finals of the annual League of Legends Worlds tournament, but the all-new LoL-inspired animated series Arcane is also set to premiere just hours after that.

According to Riot Games, the animated series, which focuses on the early lives of fan-favourite sister Champions Jinx and Vi will span nine episodes across three distinct narrative Acts. The first Act will be available for viewing on the aforementioned 6 Nov via Netflix and Tencent video, with the second and third Acts following on 13 Nov and 20 Nov respectively. Effectively, this means fans will have three whole weeks of entertainment to look forward to, and the series will indeed provide valuable insight into the lives and lore of the two sisters. Actually, since we're on the topic, why not check out the new trailer too?

In terms of narrative, the series is primarily set in the Piltover region of Runeterra, and naturally this includes the city's seedy criminal underbelly of Zaun as well. Accordingly, several existing characters in LoL's roster who hail from that region, such as Caitlyn and Jayce will naturally feature alongside the two protagonists, as will the new characters Vander and Silco, both of which hail from Zaun. Plus, if you're interested to find out, Riot actually introduced the show's full voice cast several days ago - check out our piece on it here!

Join HWZ's Telegram channel here and catch all the latest tech news!
Our articles may contain affiliate links. If you buy through these links, we may earn a small commission.
Previous Story
HBO reveals a first look at Joel and Ellie in its The Last of Us TV show
Next Story
Free Fire is getting a big Venom: Let There Be Carnage crossover event