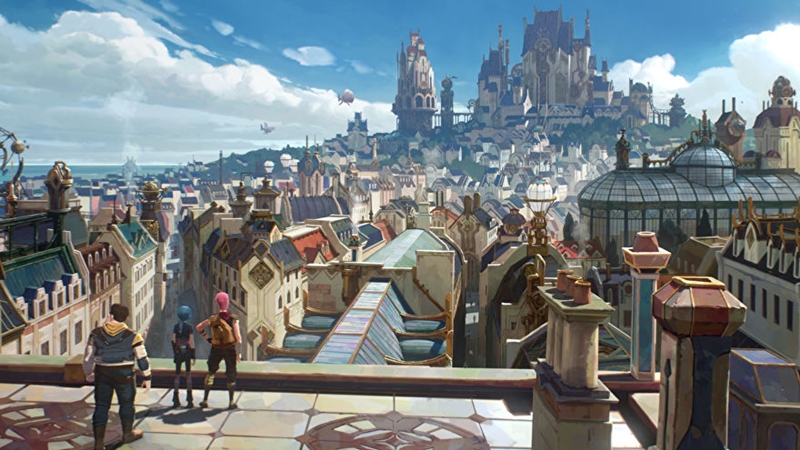 Earlier today, Riot Games showed off an explosive new trailer for their upcoming Netflix animated series Arcane, and while the 18-second snippet-style clip doesn't leave us much information regarding the narrative, we at least know that the series will be arriving on the platform sometime in the fall.

The "animated event series" is set primarily within the cities of Piltover and Zaun within the studio's expansive League of Legends universe, which already marks a nice divide between the good and evil aspects of technology. It's not the only contrast, however - Arcane will also be delving deeper into the origin stories of fan-favourite champions Jinx and Vi, who make for a solid pair of "opposites" themselves.

Apart from occupying two different halves of Piltover's criminal system - Vi is a roughneck-turned-law enforcer alongside Caitlyn, while Jinx is the city's most notorious criminal - their bond also happens to extend beyond their professions. The duo has previously been confirmed by Riot to be biological sisters, though what's interesting about them is how the nature of their relationship seems to have evolved over the years. For one, it's a well-known fact that they aren't on good terms personally, not to mention that their current sets of moral codes are on opposite ends of the spectrum.

Accordingly, Arcane might provide an in-depth look into how each of the two sisters came into their own and became the characters we know and love. More importantly, I think it'll be fun to explore a time where Jinx might not have been off her rocker. For all we know, her insanity (and the sisters' subsequent "disagreements") might have its roots in magic, as the description for the YouTube clip suggests a "power that will tear them apart".

Speaking of which, there is that other sorcerer-like character seen in the trailer, which further fuels this theory. All things considered, he seems to be a completely new addition - he doesn't resemble any of the current champions residing in either city or Runeterra in general, so if we're lucky he might actually end up on the official LoL roster closer to Arcane's release.

Join HWZ's Telegram channel here and catch all the latest tech news!
Our articles may contain affiliate links. If you buy through these links, we may earn a small commission.
Previous Story
Targus is acquiring Apple accessory-maker Hyper
Next Story
Marvel reveals new Phase 4 movie titles, dates and footage with a trailer