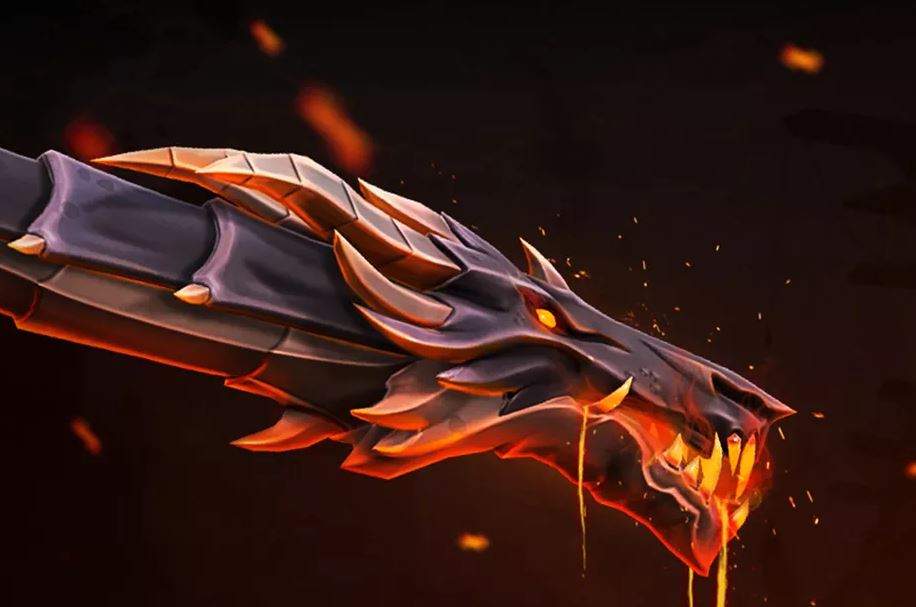 Valorant's Elderflame skin line is out now, and they're the most complex skins the game has seen so far, complete with custom animations for reloading and firing sounds and roars unique to each gun. If this is the start of more Ultra Edition skins to come, I can't wait to see what else Riot has planned.

That said, this level of detail means that the process of getting the skins ready for competitive play wasn't always smooth-sailing. Valorant is first and foremost an esport, which means that the skin animations and looks couldn't compromise the competitive integrity of the game or place either the enemy or the owner of the skin at a disadvantage.

In an interview with Polygon, Valorant producer Preeti Khanolkar talked about the difficulty of creating skins that both look cool and are not also "pay-to-lose". According to Valorant art lead Sean Marino, one of the challenges early on was trying to make sure the guns looked like living dragons while still allowing players to easily identify the specific weapons. This is important because picking up a better weapon on the ground is a thing that happens pretty frequently in Valorant, and you don't want to waste time staring at the gun trying to figure out if it's a Vandal or something else you don't actually want.

To achieve this, Marion said it was all about getting the dragon skin to fit into the silhouette of the gun that players were already familiar with. In the case of the Frenzy, this meant wrapping the dragon's tail around the bottom of the magazine, forming the signature Frenzy shape.

The team also had to find a way to retain the complexity of the skins, with all their custom reload and equip animations, while also ensuring that these animations didn't end up blocking more of the player's screen. That's super important, since a skin that obscures your screen with a dragon's wings when reloading would be pretty terrible to use. The Operator sniper rifle was reportedly especially hard to work with, because it is the only dragon with wings in the set. In the end, Riot figured out how to keep the wings while still retaining the competitive integrity of the skin, and the Elderflame line is definitely all the better because of that.

Finally, Riot had to make sure that the skins felt balanced. That's because of the Elderflame set's unique summon animations, which could make it seem like the guns took longer to equip, even if the time required was exactly the same as the base skin. It was all about making the guns feel satisfying to use, and Riot conducted extensive testing with its design play-test crew to create animations that looked great and felt right.

The Elderflame skins are available to buy now at 9,900 VP, which amounts to just under S$130.