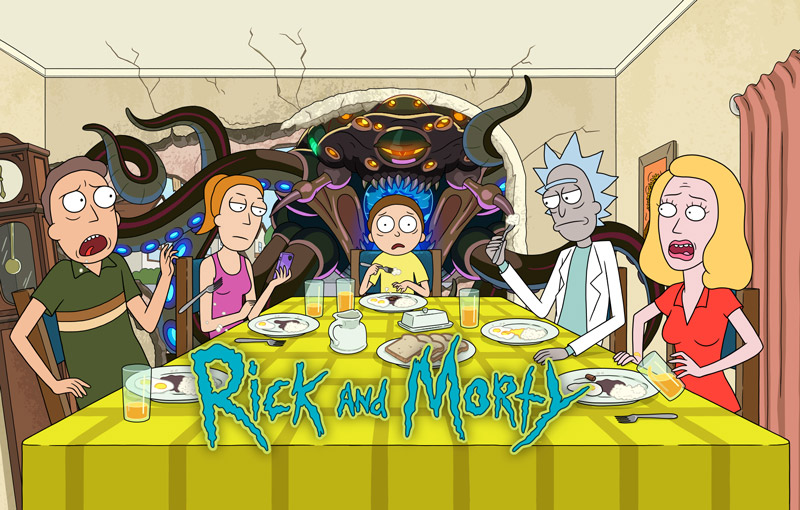 Get your pickles ready.

Rick and Morty Season 5 is set to premiere in Singapore on 21 June, 2021, and HBO GO is making a day out of it. The off-kilter sci-fi adult animated series will return with new episodes on a day Adult Swim and HBO GO have dubbed ‘Global Rick and Morty Day’, which is an event that will feature, “special surprises, fun moments and celebrations,” according to a release.

Watch a trailer for the event below:

To kick off the festivities, Adult Swim is premiering the first episode of Season 5 by launching Rick’s Space Cruiser 150,000 feet into the atmosphere. Why? Because they can. Fans can also create personalised Rick and Morty avatars on the website Go Rick Yourself, and they might even see their avatars appear in the show.

Prior to Global Rick and Morty Day, HBO GO is curating a ‘fan viewing experience’ with family-themed episodes from the show from 14 June onwards. We should probably add that family-themed doesn’t mean the same thing as family-friendly, so… maybe don’t watch this one with the kids.

Rick and Morty is a comedic animated series that follows the adventures of a demented genius scientist and his unwitting grandson as they explore mind-bending corners of space and time. The series comes from Dan Harmon (Community) and Justin Roiland (Solar Opposites) and if past seasons are any indication, we're going to see some pretty crazy stuff unfold in these new episodes.

Watch a trailer for Season 5 below:

Join HWZ's Telegram channel here and catch all the latest tech news!
Our articles may contain affiliate links. If you buy through these links, we may earn a small commission.
Previous Story
Microsoft is exploring the direct integration of Xbox gaming into TVs
Next Story
Zoom's new voice and video phone appliances want to control our hybrid work *updated*