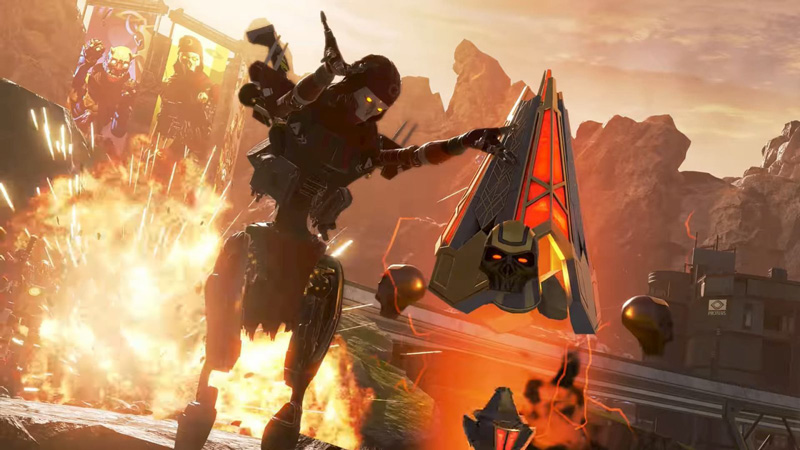 When in doubt, destroy the map.

Respawn Entertainment has released a trailer for Apex Legends Season 4, showing off all the new changes coming to World’s Edge, as well as the arrival of Hammond Robotics and Revenant - a new and murderous Legend.

Revenant seems a great deal more interesting than Season 3’s Crypto, at the very least. His ult appears to be able to turn teammates into smoke - much like a mechanic from the game’s 2019 Halloween event. He can also slingshot grenades from his robotic arm, but we’ll have to wait for further details to see exactly what that does.

Hammond Robotics has arrived at World’s Edge with a massive planetary harvester, as well. The machine has destroyed and changed large parts of the game’s map, while the company mysteriously mines for something on the planet. It’s a little strange that they would drop a machine right on the Apex Games’ map - but hey, we’ll go with it.

It might have something to do with Revenant murdering a bunch of Hammond Robotics staff, in case you missed his story trailer:

A new sniper rifle is coming to the game as well, plus we get a sneak peek at new cosmetics and character skins coming to the Season 4 Battle Pass. For competitive players tired of World’s Edge in general, don't sweat it. In March, the map will be swapped out for Kings Canyon in Ranked Mode - the classic map that hasn’t been playable (besides in minor events) since Season 2.

The update is set to release in just under 24 hours, so we won’t have to wait too long to see these changes in-game!