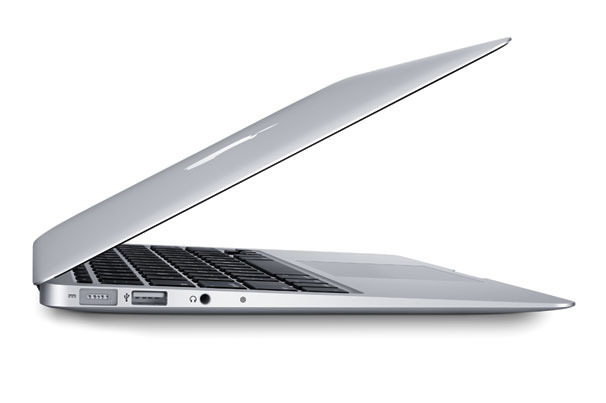 Every year, Apple’s Worldwide Developers Conference reveals to us the Apple innovations that we’ll get to use in the year that follows. And the best part about it are the rumors that prepare us for what’s to come. But rumors can be a double-edged sword. It helps build up the hype, for one, but often times disappointment us as well when the announcements do not match up to preconceived expectations.

Having said that, one of the 'loudest' rumors we've heard was the introduction of Retina Display screens on Mac hardware. To add weight to these rumors is the fact that Retina Display-ready applications (like Folderwatch, for example) are already appearing in the Apple's Mac App Store. To qualify as a Retina Display-ready app, they’d have to fit Retina displays ranging from 11-inch Macbook Airs to 27-inch iMacs, and of course everything in between.

As The Next Web also added, apps that support higher resolution artwork on external displays have already been around for quite a while. But it’s the first time we’re seeing descriptions that say “Retina Graphics”. It could simply be a term refresh, or it could also give more weight all of the rumors surrounding the radical refresh of the Macbook Pro lineup -- with Retina displays at the top of the list of changes.

Another fact which lends these rumors some credibility are the Ivy Bridge processors from Intel, most likely to appear on the new Macs. Ivy Bridge supports incredibly high resolutions out of the box with its integrated Intel HD 4000 graphics. Native support for USB 3.0 is also pretty much a given thanks to Intel’s new HM77 chipset, meaning Apple may finally come with USB 3.0 ports for fast data transfers.

Other harder to confirm rumors such as a thinner body -- due to the removal of its optical drive -- are still very much alive. One need only look at some of Apple’s new software that comes in a USB Superdrive, or the popular Mac App Store. According to 9to5Mac and their sources, the upcoming Macbook pro line-up won’t feature the tapered design found on the current generation of Macbook Airs. It will, instead, sport a much thinner body.

These are some of the questions being asked prior to Apple's WWDC 2012. Will they all be answered, or will Apple surprise us with even more radical changes? Just keep coming back to HardwareZone as we keep you up to date on the latest WWDC 2012 news.

Source: The Next Web, 9to5Mac

Join HWZ's Telegram channel here and catch all the latest tech news!
Our articles may contain affiliate links. If you buy through these links, we may earn a small commission.
Previous Story
Automatic App Download Might Debut in OS X Mountain Lion
Next Story
Apple to Release New Tracking Tool for Apps at WWDC 2012?