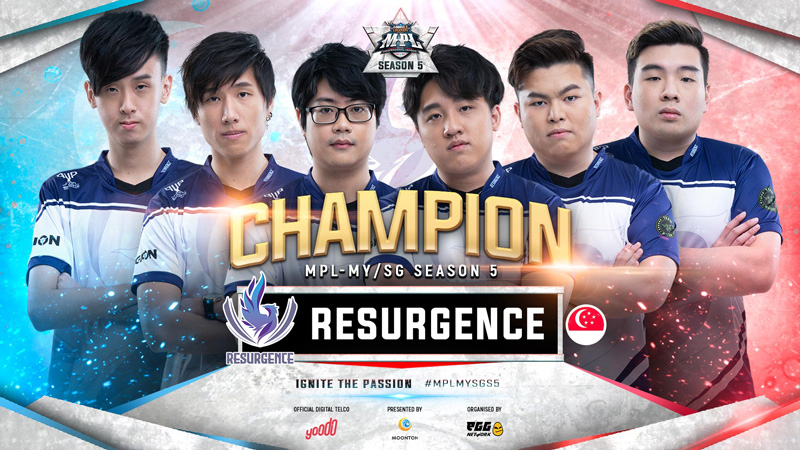 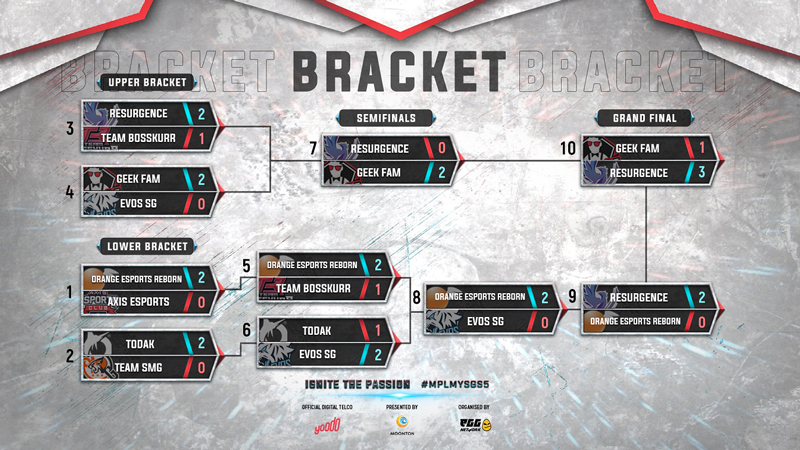 Malaysia’s Orange Esports Reborn and Singapore’s EVOS SG emerged in third and fourth place respectively, while Team Bosskurr and Todak were in fifth and sixth place. Axis Esports and Team SMG ended the competition in seventh and eighth place.

On the win, SynC from Resurgence said:

It’s an incredible feeling winning MPL-MY/SG for the second time. The league has grown so much since Season 1 and there are so many talented players and teams in the scene today. We salute Geek Fam for being amazing opponents, we’re sure that they will bounce back next season. We are so grateful to everyone who has supported us along the way, especially to our fans from both Singapore and Malaysia, you guys are the reason we keep on going.

Hey there Fam, we played our hearts out, but Resurgence were the better team today, so a huge congratulations to them. Of course, we are disappointed with the result considering our performance throughout the entire season, but it is what it is. We are truly sorry for letting our fans and our country down. Know that this will only serve as motivation for us to come back stronger, and there is nothing we want more than raising the Malaysian flag high once again.

Congratulations to the winning team!

Join HWZ's Telegram channel here and catch all the latest tech news!
Our articles may contain affiliate links. If you buy through these links, we may earn a small commission.
Previous Story
Free basic Zoom accounts to get three more security features from 9 May
Next Story
MyRepublic’s new gaming programme rewards you for playing popular games