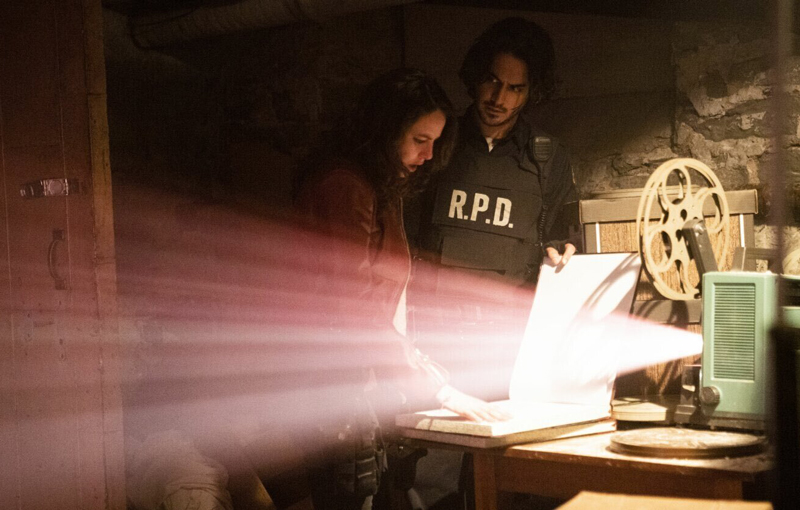 The first trailer for Resident Evil: Welcome to Raccoon City has finally arrived, teasing the exploits of franchise icons like Claire Redfield and Jill Valentine as they struggle to survive a sudden zombie epidemic. Gee, I wonder if that local pharmaceutical company the Umbrella Corporation is involved…

Both parties quickly learn that they’re not alone, however. A conspiracy that seems to heavily involve the Umbrella Corporation’s strange experiments leads to an outbreak of undead zombies and more monsters in Raccoon City. Claire Redfield has her theories on this conspiracy, bringing her into the heart of the city and its zombie problem.

Fans of Capcom’s survival-horror games might notice many nods in this trailer alone - the most obvious being a zombie’s iconic head-turn in the Spencer Mansion, lifted from the original Resident Evil game. We also see Lickers attack Leon and Claire in the police station, zombie dogs in the car park, Lisa Trevor, and a many-eyed monster that looks like one of William Birkin’s mutated forms.

Sony also released an international trailer for the film, with more snippets of footage:

Resident Evil: Welcome to Raccoon City hits theaters on 24 November, 2021. Until then, why not boot up Resident Evil Village again to see what Old Man Chris has been up to?

Join HWZ's Telegram channel here and catch all the latest tech news!
Our articles may contain affiliate links. If you buy through these links, we may earn a small commission.
Previous Story
LEGO's gigantic new 9,090-piece Titanic set will dock in stores on 1 Nov
Next Story
WandaVision's big bad Agatha Harkness is getting her own Disney+ spin-off