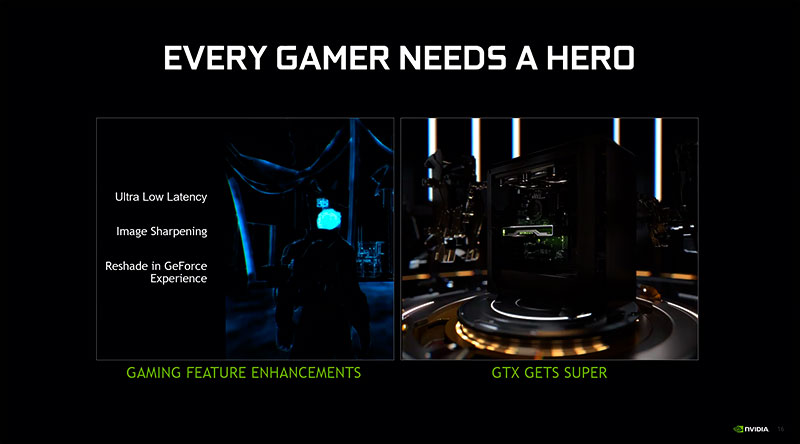 NVIDIA today announced a bunch of new features for its Game Ready Drivers, all of which are supposed to deliver an improved and more versatile experience in game. This includes an improved image-sharpening filter in the NVIDIA Control Panel, support for G-Sync on NVIDIA's Ultra Low Latency (NULL) mode, and ReShade filters built into GeForce Experience itself.

NVIDIA recently released a new Ultra Low Latency mode setting, which replaced the older "Maximum Pre-Rendered Frames" option in the NVIDIA Control Panel. Picking the "Ultra" option activates the new Ultra Low Latency mode that introduces  "just in time" frame scheduling, where frames are rendered only just before the GPU needs them, which supposedly reduces latency by up to 33 percent.

This is a clear response to AMD's Radeon Anti-lag feature, which also does something similar.

But while the feature helped reduce latency, it was originally not compatible with G-Sync, which meant that gamers could still experience artifacts like screen tearing. Conversely, turning on V-Sync got rid of tearing, but introduced additional latency. NVIDIA's latest Game Ready Driver adds support for G-Sync displays with Ultra Low Latency mode, so you'll be able to enjoy both low latencies and a tear-free experience when V-Sync is enabled. 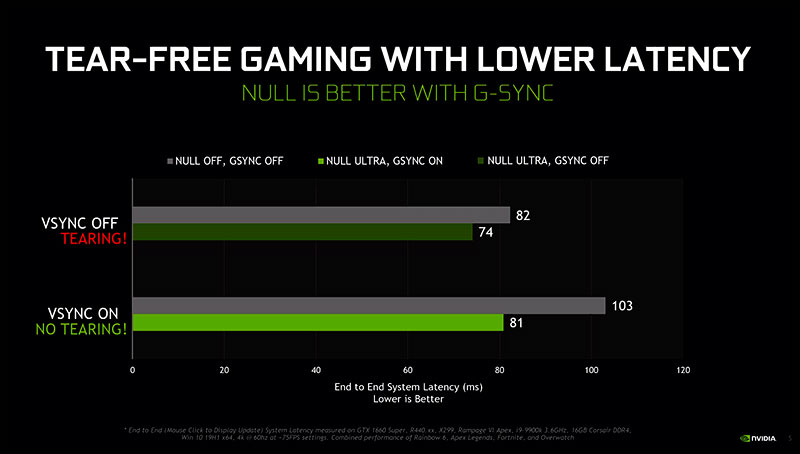 Separately, NVIDIA is also adding an image sharpening filter to the NVIDIA Control Panel. This filter was originally made available with NVIDIA FreeStyle, but its addition to the driver Control Panel provides an easy one-click method of applying image sharpening to all games. Like the FreeStyle filter, the Control Panel option will offer adjustable sharpening sliders and per-game profiles, seeing as how different games benefit from varying levels of sharpening. 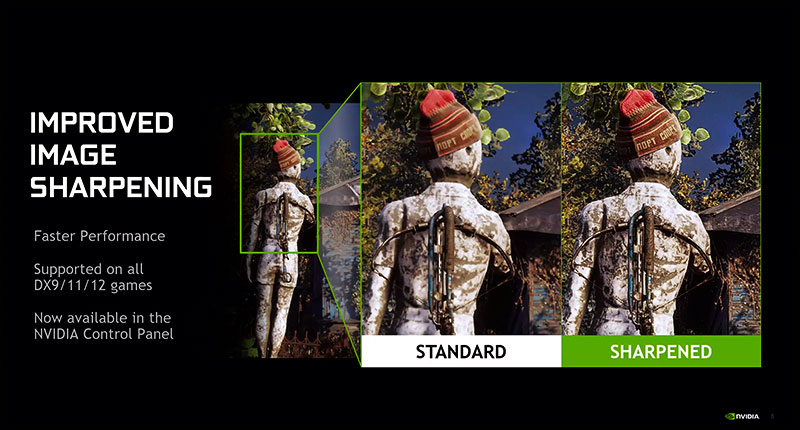 GPU upscaling is also available, where your GPU will render at a lower resolution and then scale to native for better performance.

This feature will work for all DirectX 9, 11, and 12 games, with Vulkan and OpenGL support coming soon in a future driver update.

Finally, NVIDIA is making available hundreds of ReShade filters directly in GeForce Experience, so gamers can apply them easily using FreeStyle or Ansel. ReShade was originally a popular third-party modding tool that spruced up your game with post-processing effects. These could turn out to be pretty powerful, even adding visual features neglected by the developer, such as SMAA anti-aliasing, screen space ambient occlusion, and depth of field effects. 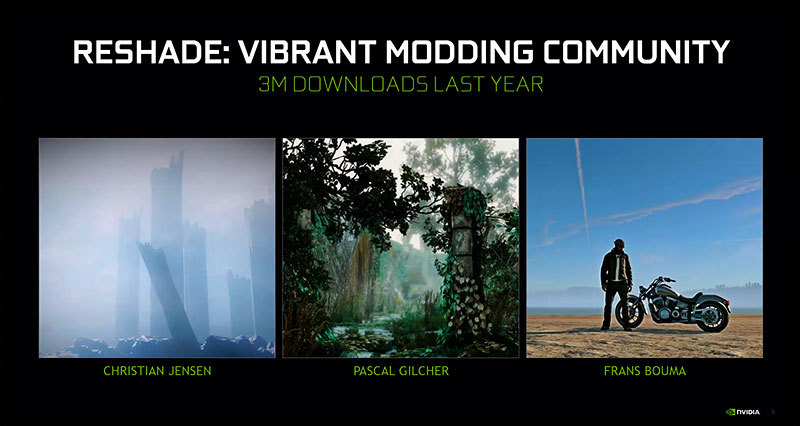 By adding these filters to GeForce Experience, NVIDIA is making it a lot easier for gamers to modify how their games look. Furthermore, there have been reports that players have gotten banned from games like Warframe for using ReShade, so hopefully official support from NVIDIA at the driver level may help prevent these modifications from tripping up anti-cheat software.