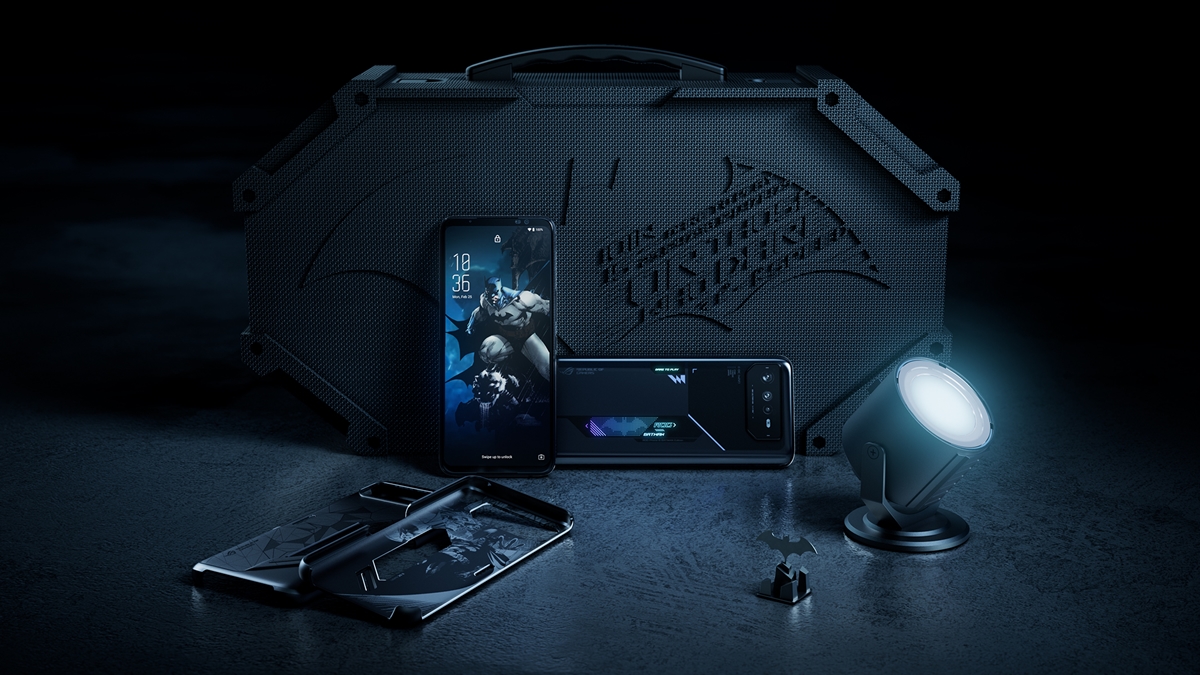 Earlier today, Republic of Gamers in collaboration with Warner Bros. Consumer Products and DC announced that the highly-exclusive ROG Phone 6 Batman Edition will be available for purchase on Singapore shores starting from 22 Oct.

Sporting a tasteful Gotham City Black semi-matte finish backed up by a bat-shaped Aura RGB logo, this one-of-a-kind gaming smartphone comes with an entire suite of accessories that's sure to make even the most stoic Batman fan go weak at the knees. Among other inclusions, there's a USB-C-powered Bat-Signal Projector, a Gotham City-inspired phone stand with ejector pin, a Batman-themed Aero Casing (featuring a special "easter egg" image!), and even a hard-shell travel case. Between its design and variety, the package truly resembles Gotham's iconic crime fighter himself - well-prepared to handle any situation.

But a bunch of extra tools isn't all that the phone has in its metaphorical utility belt. Internally, the Batman Edition phone is relatively similar to the ROG Phone 6/6D, equipped with 12GB of RAM and a swath of powerful features, including ultra-smooth AirTrigger 6 controls and the Snapdragon 8+ Gen 1 Mobile Platform (or MediaTek Dimensity 9000+) processor. 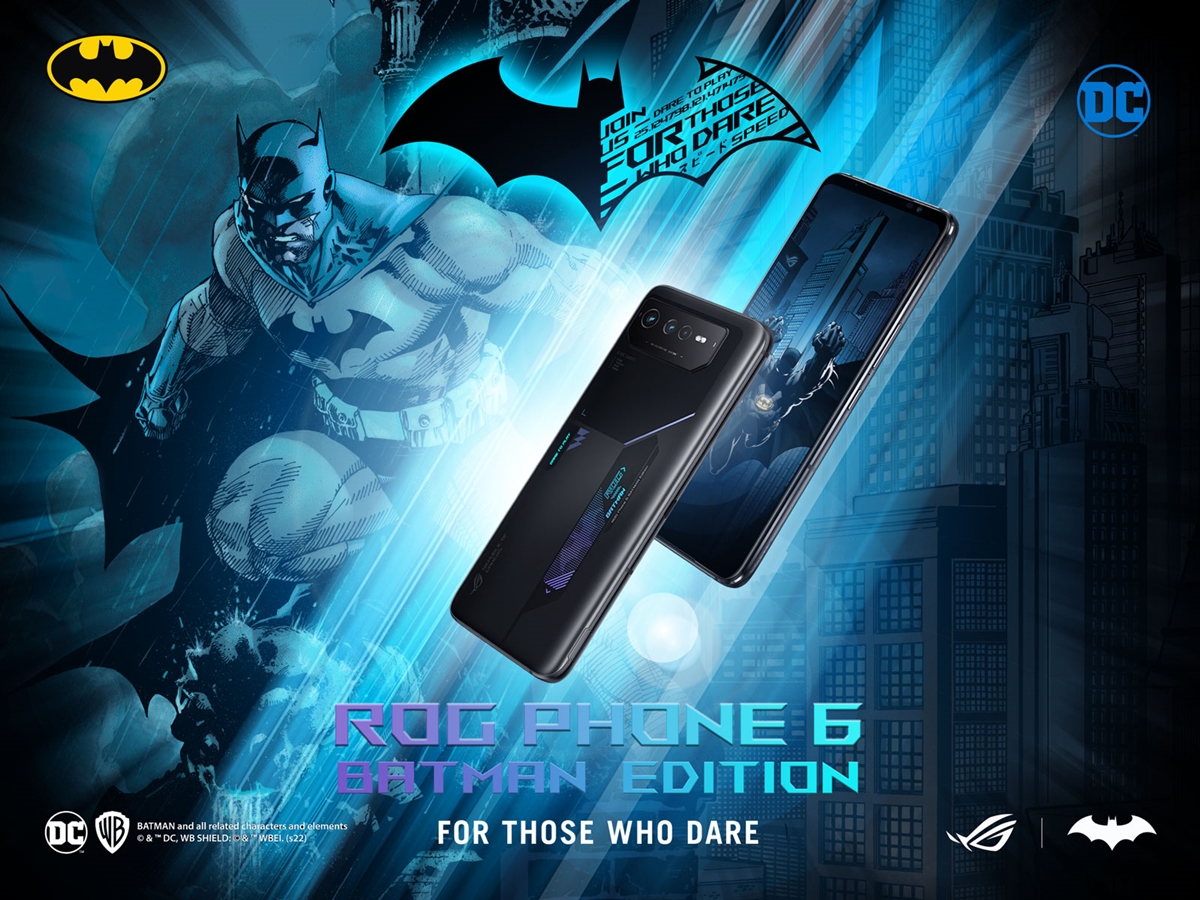 However, unlike the basic model, this limited-edition variant reinforces its dedication to justice with a special Batman-themed user interface, which offers everything from live wallpapers to animations, icon styles, and sound effects, so you can show your buddies who the biggest Dark Knight fan in the room is.

Regarding availability and pricing, as noted above, the ROG Phone 6 Batman Edition can be picked up in Singapore starting tomorrow, while stocks last. Specifically, according to ASUS' quote, a 256GB model equipped with the aforementioned Snapdragon 8+ Gen 1 chip will set you back a tidy S$1,699, so make sure you've got the math down before you decide to "put on the cowl".

For more information, check out the official ASUS product page.

On a side note, we believe the last noteworthy Batman-themed smartphone package was Samsung's attempt with their Galaxy S7 Edge Injustice Edition, so check it out for nostalgia's sake!

Join HWZ's Telegram channel here and catch all the latest tech news!
Our articles may contain affiliate links. If you buy through these links, we may earn a small commission.
Previous Story
Pickupp partners with SMRT to turn stations into a last-mile fulfilment network
Next Story
Konami has announced a Silent Hill 2 remake and four other franchise projects