Earlier today, Republic of Gamers announced the release of the new ROG Flow Z13, a 2-in-1 notebook that, unlike most other hybrids in the market right now, focuses on delivering top-notch gaming experiences. Don't let its measurements fool you, either - although it weighs in at a mere 1.1kg with a thickness of just 12mm, the Z13 packs a lot of power under the hood, while still offering the immense versatility afforded by other 2-in-1 notebooks.

Specifically, you'll find that the Z13 sports a 12th Gen Intel Core i7-12700H processor, but also an NVIDIA GeForce RTX 3050 Laptop GPU. This combination works well in tandem with its 16GB of ultra-fast 5200MHz LPDDR5 memory and 512GB PCIe SSD as well, allowing users to enjoy nothing short of the best and most immersive experiences. 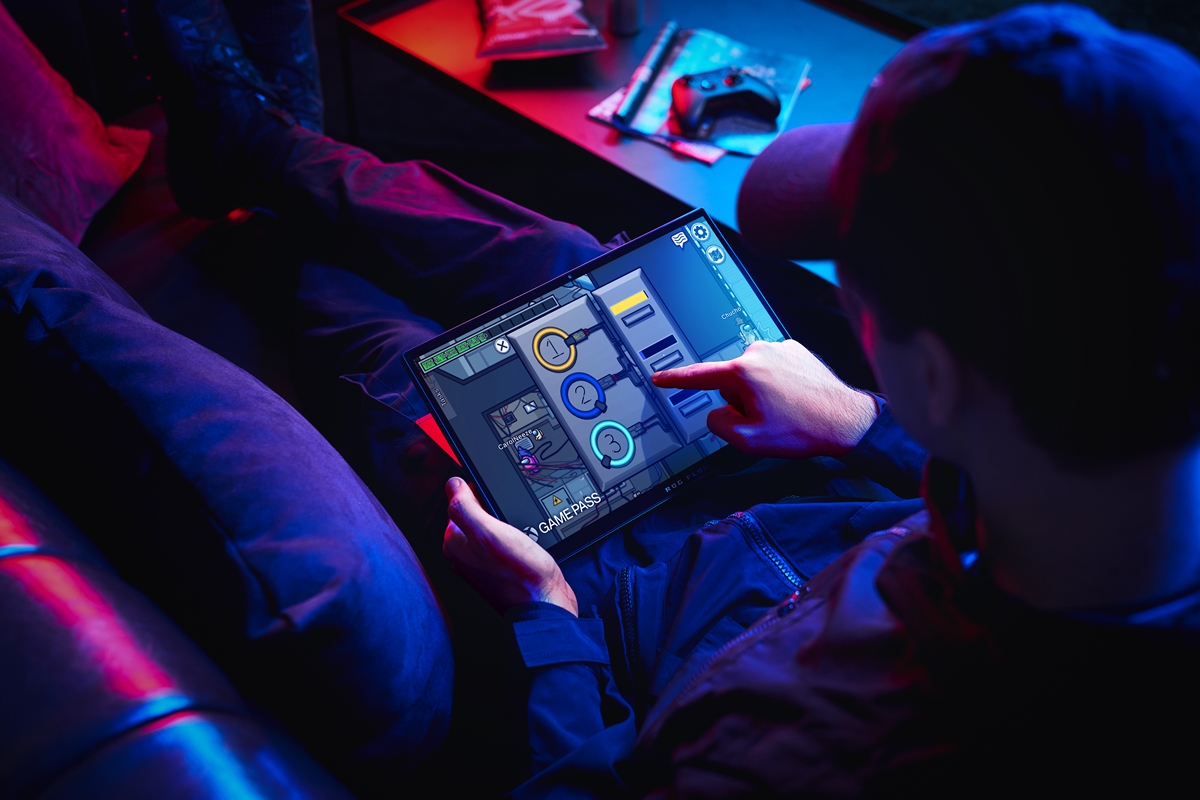 On top of that, the Z13 also takes a page out of the ROG Mothership when it comes to design. By positioning all of its components behind the screen, the Flow Z13 is able to stand high on a table or desk during use, allowing for more efficient airflow compared to conventional gaming notebooks. Coupled with its myriad of high-performance cooling implements, including a vapour chamber, multiple heatsinks, and a liquid metal cooling solution, the Z13 is able to stay cool and quiet even under the heaviest loads.

Users will be spoilt for choice with compatibilities too, as the Z13's ability to swap between a PC and a tablet allows it to work with games intended for both formats. In addition, its wide range of ports also gives users immense flexibility to use external devices like mice, monitors, and even joysticks if needed. As for pricing and availability, the ROG Flow Z13 can be purchased from the ROG Experience Store Bugis starting from today at a price of S$2,998. Admittedly, it's quite a premium item as we've noted in our run with it, but it certainly fills the niche that it was meant to fill. As an added bonus, those who purchase the Flow Z13 from now till 31 March can also select between a free 1-year Microsoft 365 Personal subscription worth $108 or a 6-month Xbox Game Pass Ultimate subscription worth S$119.94.

Join HWZ's Telegram channel here and catch all the latest tech news!
Our articles may contain affiliate links. If you buy through these links, we may earn a small commission.
Previous Story
Apple launches iPhone SE (2022) alongside green colourways for iPhone 13 series (Available in retail)
Next Story
Audi's new A6 Avant e-tron concept is proof the company isn't giving up on estates just because of electricity