Earlier today, Republic of Gamers hosted the latest instalment of their For Those Who Dare virtual event, headlining it with the announcement of the brand-new ROG Phone 6 Series.

Comprised of the base ROG Phone 6 as well as its Pro variant, this duo of cutting-edge smartphones is touted to be the company's most powerful to date, and it's not hard to see why. Among other things, they sport a wide array of solid gaming-focused features, such as the latest Snapdragon 8+ Gen 1 Mobile Platform (with up to 3.2GHz clock speeds), advanced GameCool 6 cooling systems, and vivid 165Hz 6.78" AMOLED HDR 10+ displays, offering gaming experiences that are not only immersive, but reliably so. 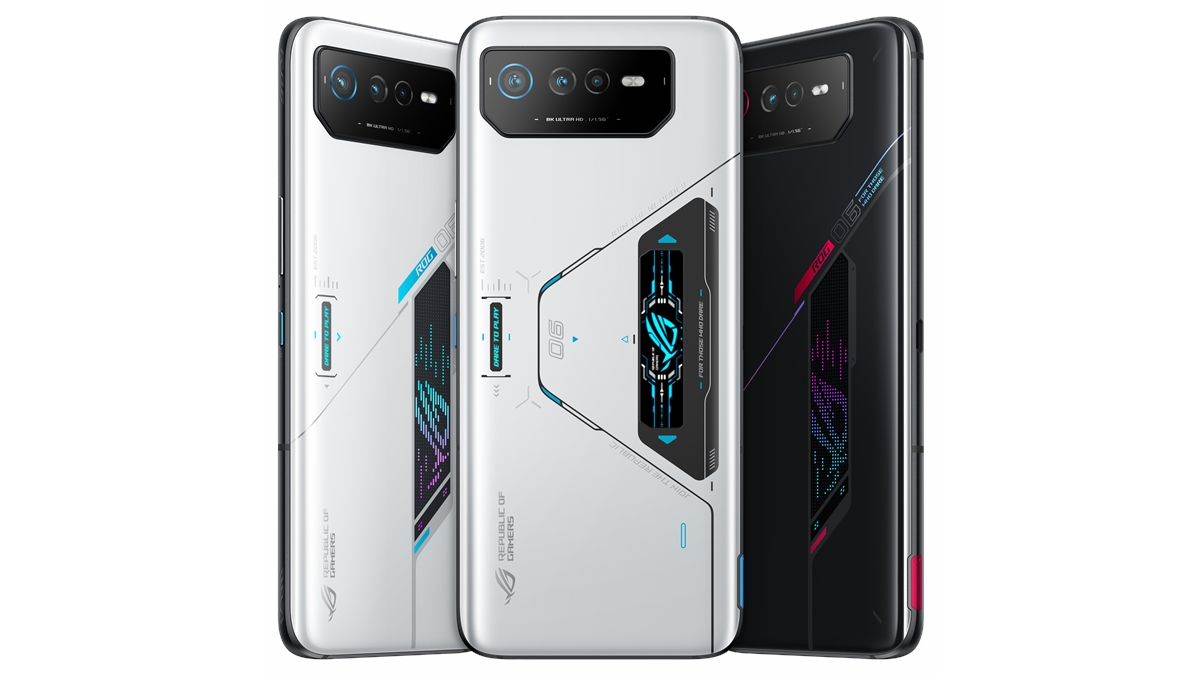 To add on, you won't even have to worry about RAM nor battery life. The new phones come with up to 18GB of LPDDR5 RAM and an absolutely monstrous 6000mAh battery capacity, allowing you to game for near-copious amounts of time on a single full charge.

Alongside the ROG Phone 6 Series, Republic of Gamers also rolled out tons of new accessories to complement it. For example, there's the new ROG Cetra True Wireless Pro gaming headphones, which features an ESS 9280 Quad DAC, AI noise-cancelling microphone and even Snapdragon Sound-enhanced Bluetooth audio capabilities. Additionally, it also includes both wired and wireless compatibilities, meaning you can switch between them depending on the situation. As for the "regular" ROG Cetra True Wireless headset, it offers a suite of features that's pretty close to the aforementioned Pro variant, except that it's purely wireless. Nevertheless, you'll certainly be getting great audio out of it.

Meanwhile, there are also new additions to the ROG Delta line of headsets in the form of the Delta S Wireless and the Delta S Core models. The former is ROG's first dual-mode wireless gaming headset - it can be used in either 2.4GHz and Bluetooth modes for maximum flexibility, while the latter is designed to be a lightweight yet comfortable option, weighing just 270g on the scales. Last but not least, we have a spread of modular accessories, such as the AeroActive Cooler 6 and the ROG Kunai Gamepad for the ROG Phone 6 Series, among others like phone cases and screen protectors. The former is arguably the coolest of the bunch - it not only features an AI-powered thermoelectric cooler that can be clipped on to your device to provide better airflow, but also adds four physical buttons to your mobile device, essentially turning it into a gaming console of sorts.

As for pricing and availability, it's unfortunate but Republic of Gamers has yet to announce a concrete release date for any of the products above, though what we do know is that the ROG Phone 6 will come in two colours - Phantom Black and Storm White. Naturally, this means we still don't have a price estimate either, local or otherwise, but we'll keep you posted as soon as we get one. In the meantime, you can check out more details at the associated event site - here you go!

Join HWZ's Telegram channel here and catch all the latest tech news!
Our articles may contain affiliate links. If you buy through these links, we may earn a small commission.
Previous Story
Marshall unveils IP67-rated mini portable speaker, the Willen
Next Story
Stop bickering, FIFA will use AI cameras to track players to help make offside calls at the 2022 World Cup