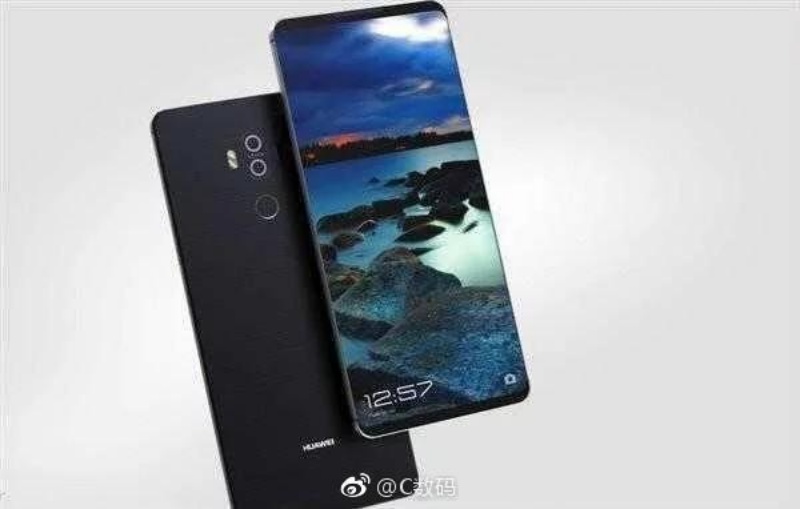 Our expectations of the Huawei Mate 10 were raised after the company's CEO of Consumer Division said that it is going to be "an even more powerful product" than the iPhone 8. Does it really have what it takes to "kill" the iPhone 8? The latest leaks on the phone seem to suggest so.

The first renders of the Mate 10 were posted by a Chinese tipster C数码 on Weibo which shows an almost bezel-less display, metallic chassis, a dual-camera setup on the back and a rear fingerprint sensor. This is in line with Huawei's claims of a full-screen display and better photographing capability.

The Mate 10 is rumored to be powered by the Kirin 970 chipset, which is said to be as powerful as the Qualcomm Snapdragon 835 mobile platform. The Kirin 970 will be supported by at least 6GB RAM and a huge battery of at least 4,000mAh. The full-screen AMOLED display, likely to be called "EntireView Display", is stated to be 6.1-inches with Quad-HD resolution.

Other rumored specs include 64GB internal storage space with microSD expansion up to 256GB, USB Type-C port, a dual-camera setup with optical image stabilization and Leica branding, Android 7.0 and two speakers. The price tag could also rival that of the iPhone 8 at more than $1,000.

Join HWZ's Telegram channel here and catch all the latest tech news!
Our articles may contain affiliate links. If you buy through these links, we may earn a small commission.
Previous Story
The AMD Radeon RX Vega 64 graphics card is (sort of) officially available in Singapore! (Updated)
Next Story
Is blush gold the new rose gold for the 2017 iPhones?