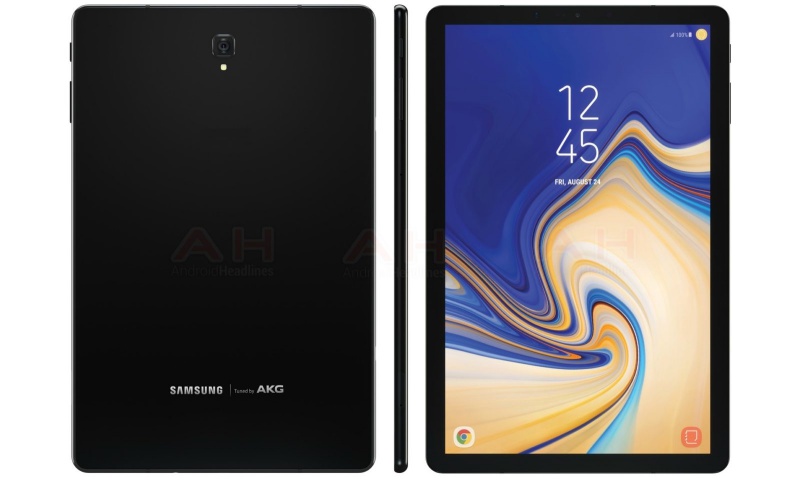 Samsung is rumored to be launching the Galaxy Tab S4 within the next two months and the first render of the device has been leaked.

The Galaxy Tab 4 is also seen with slimmer bezels with no hardware button. Is Samsung relying on iris and facial recognition technologies for user authentication? Or is there an in-display fingerprint sensor? There is a “Samsung | Tuned by AKG” logo at the lower section on the back.

Previous Story
Renders of the Samsung Galaxy Note 9 show the handset in 5 different colors
Next Story
HTC to cut a quarter of its global workforce to save costs
Loading...
Featured Highlights