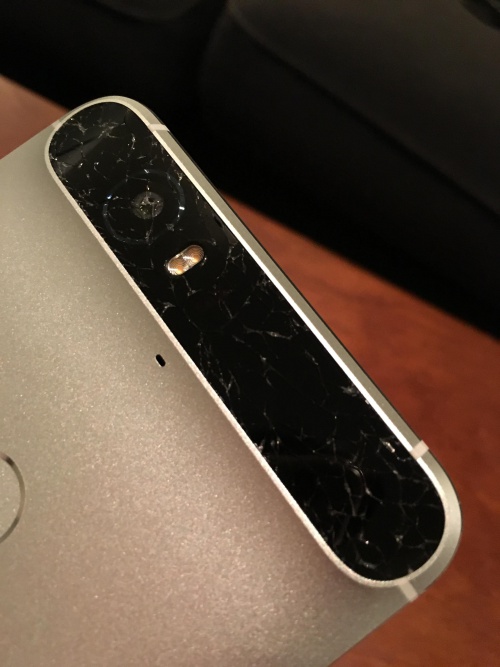 It seems that the launch of almost every flagship smartphone is bogged down by software bugs and hardware problems. The Huawei Nexus 6P is the latest device to have some hardware issue.

9to5Google speculates that the random cracking of the glass could be due to temperature change. The site claims that placing the Nexus 6P on a cooler surface can make the rear glass panel cool down and shrink too quickly. If you recall, the Nexus 4 was reportedly suffering from similar issues and the problem was said to be resolved after LG added tiny nubs on the corners of the device to minimize the contact of the rear glass panel with the surface.

The glass cracking is not the only issue plaguing the Nexus 6P; JerryRigEverything found that the Nexus 6P is prone to bending and scratches through some tests, an experience which it finds "disappointing" and "a joke". Nonetheless, we reviewed the Nexus 6P and found it to the best Nexus device yet. And if you're interested to buy the Nexus 6P, it is available for pre-order from Lazada Singapore.

Join HWZ's Telegram channel here and catch all the latest tech news!
Our articles may contain affiliate links. If you buy through these links, we may earn a small commission.
Previous Story
New Xbox One update brings Xbox 360 backwards compatibility
Next Story
Xiaomi unveils the 20,000mAh Mi Power Bank, costs about S$33 and weighs 338g