The rear camera of the 4.7-inch iPhone 7 may come with OIS

The rear camera of the 4.7-inch iPhone 7 may come with OIS 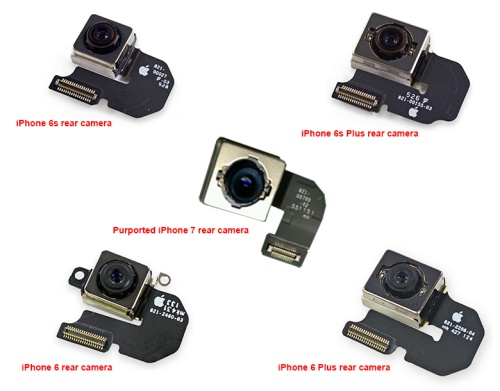 One of the biggest complaints that consumers have about the 4.7-inch iPhone 6/6s is the lack of optical image stabilization (OIS) on the rear camera, which remains an exclusive feature for the bigger iPhone models. However, it appears that Apple will be addressing this feedback in its upcoming iPhone refresh.

French site Nowhereelse managed to obtain a purported rear camera module of the iPhone 7 and compared it alongside those from the iPhone 6/6s and 6 Plus/6s Plus. As you can see from the image above, the iPhone 6 Plus and 6s Plus have four small cutouts around the camera lens which house the small motors or springs and gryoscopes to counter minor movements when taking photos. These cutouts are not found on the iPhone 6/6s.

Three months ago, Nomura Securities claimed in a report that OIS would be included in the 4.7-inch iPhone. If OIS is indeed coming to the 4.7-inch iPhone 7, the differentiation between the two models will be dependent on the single and dual-camera modules, display size and battery capacity.