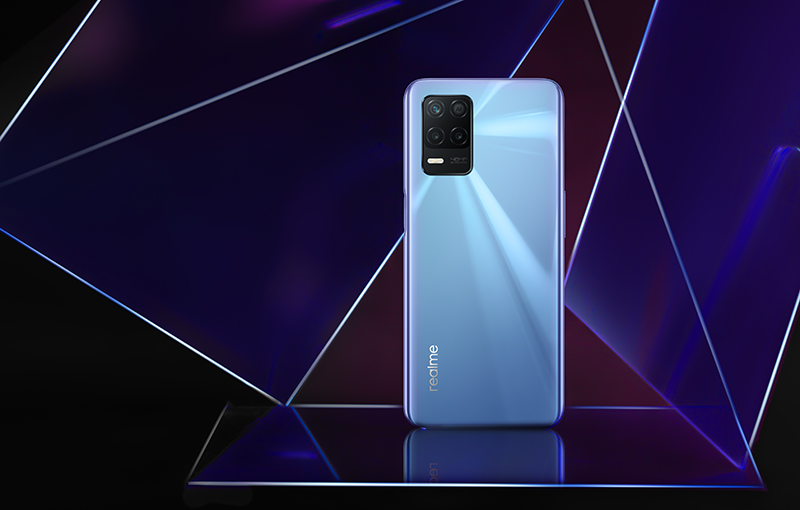 Inside the Realme 8 5G is a MediaTek Dimensity 700 5G processor, which packs the phone's overall processing needs along with its 5G capabilities. The Dimensity 700 is an entry-to-mid level tier chipset launched just last month, so Realme 8 5G users are guaranteed up-to-date processing performance from the MediaTek component.

Realme also made some enhancements to take advantage of 5G and mitigate some of its drawbacks. The phone can automatically switch between 4G to 5G signals based on current signal strength and speeds (and not latching onto 5G simply because it's available). The phone also packs a Super Power Saving Mode that throttles CPU, backlight, and other power-draining resources to reduce battery drain. App Quick Freeze automatically puts idle apps into a paused instance that doesn't consume battery power. All these mitigation and enhancement tools for the phone's 5,000mAh battery are collectively known as the Smart 5G Power feature. The Realme 8 5G uses a 6.5-inch IPS LCD display rated at 2,400 x 1,080 pixels resolution (FHD+) with a screen-to-body ratio of 90.5%. It may not be a prohibitively expensive device, but it still packs 90Hz refresh rate and 180Hz touch sampling rate for an immersive and responsive user experience. The panel also packs what Realme calls an "in-display Selfie" camera at 16MP, but it really is just a punch-hole cut-out at the top-left corner.

As a phone, it packs a USB-C port, a three-card slot (two for SIM, one for microSD storage up to 1TB), a fingerprint sensor on the side, and Bluetooth 5.1. The official specs don't mention if it has NFC or IP-rated water resistance. However, our local Realme representatives confirmed that there's NFC support, but no IP-rated protection.

The Realme 8 5G starts its retail run on 29 May 2021 in SuperSonic Blue. All Realme official channels will carry the new 5G smartphone, including Realme's concept store, its Shopee and Lazada stores, as well as its authorised resellers islandwide. Pre-orders begin on 20 May at Lazada only, with pre-orderers getting a free Realme Buds Air Pro and Realme Powerbank (worth S$208) while stocks last.

Join HWZ's Telegram channel here and catch all the latest tech news!
Our articles may contain affiliate links. If you buy through these links, we may earn a small commission.
Previous Story
Google's Project Starline is bridging the teleconferencing divide with extreme realism and lifelike projection
Next Story
To take on Apple, Google and Samsung are merging Wear OS and Tizen