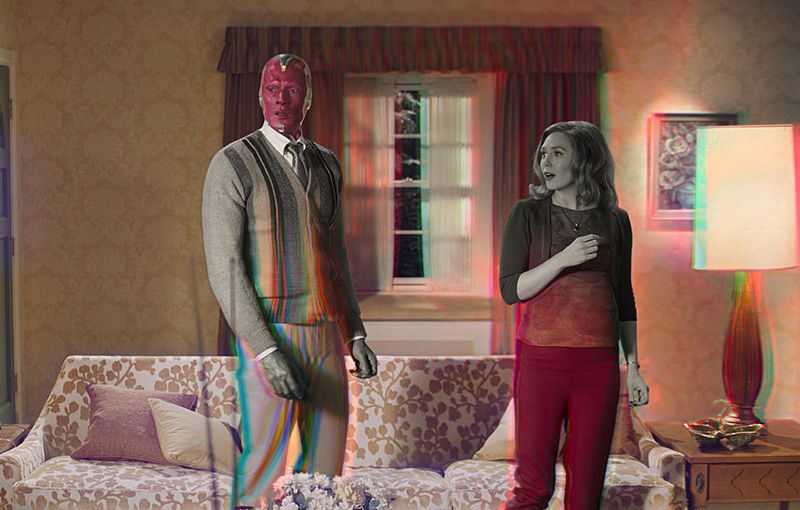 Not only do we have this to look forward to, but The Mandalorian Season 2 as well.

Disney and Marvel Studios debuted the first trailer for WandaVision during the 2020 Emmy Awards, showing us what Wanda Maximoff and the previously-dead Vision have been up to since the events of Avengers: Endgame.

If you’re thinking, "Hold on a second - didn’t Vision die in Avengers: Infinity War?", you’re asking the right questions. Vision has somehow been brought back to life, but a tense dinner sequence reveals that both superheroes have no clue how they’ve found themselves in this 1950s sitcom-like black-and-white world.

Strange happenings occur throughout the trailer - from a neighbour laughing maniacally after informing Vision that he’s dead, to Wanda struggling to remember how the two of them met in the first place. People fly through portals, Vision appears in his original comicbook costume and the cops arrive. Clearly, the events of WandaVision don’t go too well for its leading Avengers.

#WandaVision, an Original Series from Marvel Studios, is coming soon to #DisneyPlus. pic.twitter.com/U6TMUQ7zX1

The events of WandaVision will tie into the upcoming Doctor Strange sequel, so this series might be more important to the future of the Marvel Cinematic Universe than one might expect. WandaVision will premiere on Disney+ later in 2020.

Join HWZ's Telegram channel here and catch all the latest tech news!
Our articles may contain affiliate links. If you buy through these links, we may earn a small commission.
Previous Story
Apple said to accelerate adoption of Mini-LED displays in iPads and MacBooks
Next Story
Apple accuses Epic of using the ongoing lawsuit to stir up interest for Fortnite