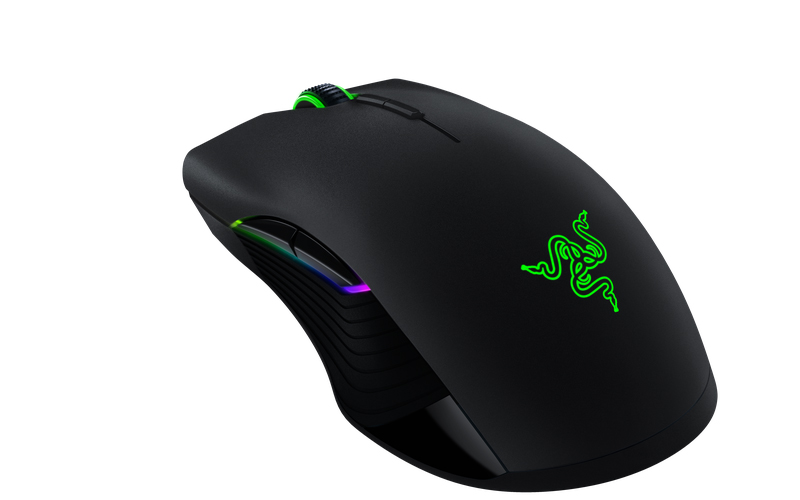 The words "wireless mice" and "tournament" generally don't go together, but Razer's new Lancehead mouse is trying to change that. The mouse uses the 2.4GHz wireless band to reduce interference, and Razer claims that it "outperforms every other wireless gaming mouse" in lag-free performance.

The Lancehead has a 5G 16,000 DPI laser sensor, which can track at a ridiculous 210 inches-per-second with 50G acceleration. The mouse uses Razer Mechanical Mouse Switches, and has an ambidextrous symmetrical design with two side buttons on both the left and right. The mouse also includes internal memory, which will let you save your Razer Snyapse settings offline, so you can load up your settings on any computer, even if it doesn't have Synapse installed or Internet connectivity.

Of course, like most Razer devices, the Lancehead has fully customizable RGB Chroma lighting.

Razer will also be launching a wired version of the Lancehead, ironically called the Lancehead Tournament Edition, which uses a 16,000 DPI optical sensor.

Both mice are available for preorder now with the wireless version shipping in May or June for S$229.90, and the wired version available in April or May for S$129.90.

Join HWZ's Telegram channel here and catch all the latest tech news!
Our articles may contain affiliate links. If you buy through these links, we may earn a small commission.
Previous Story
Apple is now testing self-driving technology on Silicon Valley roads
Next Story
Western Digital has a new helium-filled drive that packs 12TB of storage