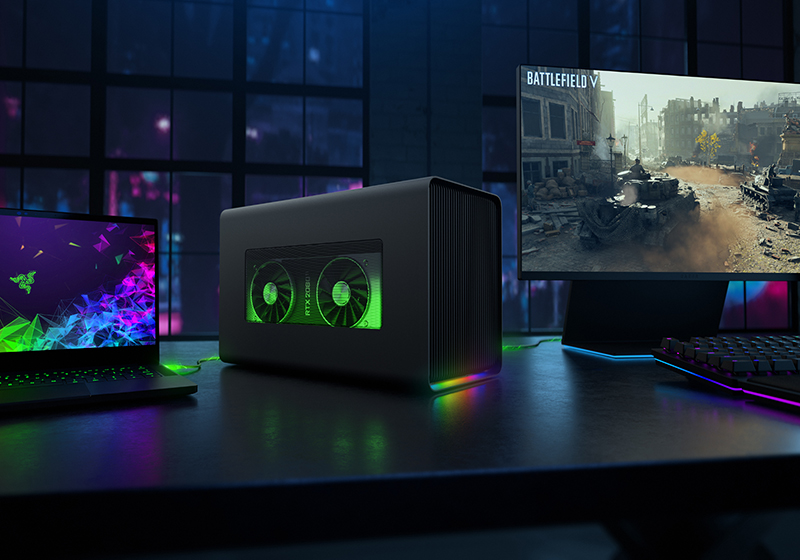 Razer has announced yet another external GPU enclosure, and it might be its most capable one to date. Like other eGPU cases, the Razer Core X Chroma lets you take advantage of the power of a desktop-class graphics card on a compact ultrabook. Compared to its predecessor however, it now boasts a larger 700W power supply, USB Type-A and Gigabit Ethernet ports, and fancy Chroma lights.

The black aluminum chassis looks really sleek and is flanked by two Chroma RGB light zones, which you can customize using Razer's Synapse 3 software and sync up with other Chroma devices.

You'll find four USB Type-A ports and the Gigabit Ethernet connector (Razer is bringing this feature back from the Core V2) round the back. The USB ports are colored Razer's signature neon green and lets the enclosure double as a dock of sorts that you can also plug your peripherals into. Like most other docks on the market, the Core X Chroma relies on a Thunderbolt 3 connection to interface with your laptop. It is capable of charging USB-C laptops up to 100W, which should be good enough for the vast majority of laptops today.

In addition, the Core X Chroma comes with dual Thunderbolt 3 controllers, so the USB ports and GPU have their own dedicated PCIe lanes. This should provide a better experience and prevent your keyboard and mouse from disconnecting. 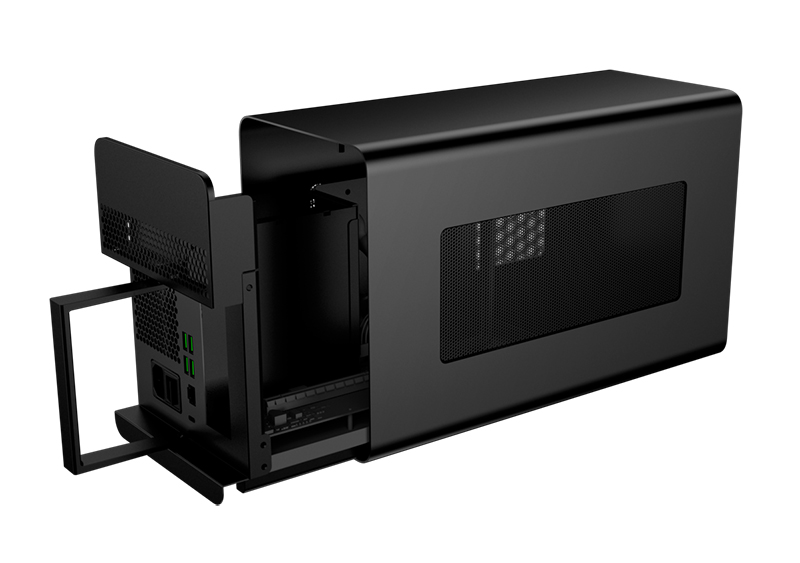 However, your laptop will also need to support an external GPU through its BIOS, so a Thunderbolt 3 connector is not a guarantee that it will work.

The Core X Chroma will take a wide range of modern graphics cards, including NVIDIA's latest GeForce RTX series, the Quadro series, as well as AMD's Radeon and Radeon Pro GPUs. That's largely thanks to its beefy 700W power supply, which has been bumped up from the 650W unit on the Core X. If you're curious about the supported dimensions, Razer says the Core X Chroma can fit triple-slot cards measuring up to 330 x 160 x 60mm.

Compared to the Core X, Razer is also shipping a longer 700mm Thunderbolt 3 cable with the Chroma model, compared to 500mm from before.

The Core X Chroma is available to buy now at S$599.

Join HWZ's Telegram channel here and catch all the latest tech news!
Our articles may contain affiliate links. If you buy through these links, we may earn a small commission.
Previous Story
Apple could release an updated iPhone 8 model in early 2020
Next Story
Get smart about home audio with the Bose Soundbar 500 & 700