Since its launch in 2010, Razer’s BlackWidow series of keyboards have spawned so many iterations that we wouldn’t blame you if you were having trouble keeping track of it all. That said, the company has now unveiled the BlackWidow Chroma V2, an updated version of the keyboard that features a new switch type and a detachable wrist rest.

The new keyboard is all about offering additional choice to gamers. It comes with Razer’s Yellow switches, which joins the existing Green and Orange switches in the company’s stable of custom-designed keyboard switches. But while the latter two switches are tactile ones (the Green is also clicky), the Yellow switches boast a linear, silent design and shorter key travel distance.

This may be Razer’s response to Cherry’s announcement last December that it would be making its MX Silent and MX Silent RGB switches available to all keyboard manufacturers (Corsair’s six months of exclusive access has expired). At CES, Cherry even announced its own MX Board Silent keyboard with either MX Red Silent or MX Black Silent switches.

The company is also touting the reduced key travel distance on the Yellow switches as enabling faster key presses, not unlike what Logitech did with its own Romer-G switches. 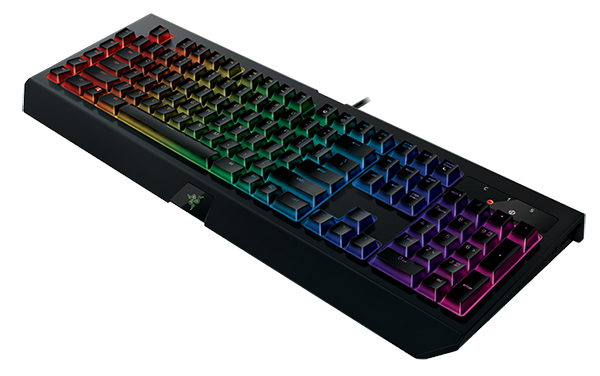 Razer’s Green switches have a 50g actuation force, but the Orange and Yellow switches are both lighter at 45g. All of its mechanical switches are rated for 80 million keystrokes, compared to Cherry’s 50 million.

The BlackWidow Chroma V2 also comes with a magnetic wrist rest, which can be detached easily enough like that on the Razer Ornata. This is a nice addition that provides flexibility to users, as you can either remove or attach the wrist rest according to your preference.

Finally, you also get per-key RGB backlighting as with most Chroma products, with the option to choose from up to 16.8 million colors. The keyboard also has 10-key rollover, and comes with a braided USB cable and 3.5mm audio passthrough jack.

The BlackWidow Chroma V2 is available with either Razer Orange or Yellow switches. It costs a hefty S$289.90 and is now available to buy on Razer’s online store.