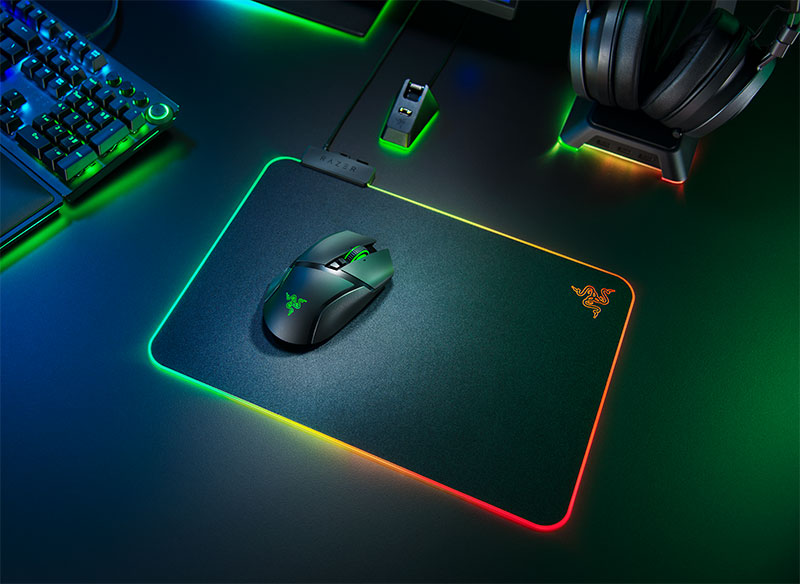 Razer today announced the Basilisk Ultimate and Basilisk X HyperSpeed gaming mice, both of them wireless versions of its existing Basilisk FPS gaming mouse. The mouse's signature thumb clutch also isn't going anywhere, and it's still there to help you easily engage a lower DPI for short periods.

Both new Basilisk mice are going wireless, featuring Razer's new HyperSpeed technology that it first introduced on the Viper Ultimate. This is an improved version of the company's Adaptive Frequency Technology, which is used on mice like the Lancehead. The mouse scans different frequencies and selects the one with the least interference, a process that happens continuously as you're using the mouse. It's capable of seamlessly switching channels in real-time, according to Razer, and you should experience a lag-free wireless connection.

In addition, the Basilisk Ultimate comes with the same Focus+ 20,000DPI optical sensor as the Viper Ultimate, one of the most technically advanced sensors around right now. The sensor also comes with functions like Smart Tracking, Asymmetric cut-off, and Motion Sync. 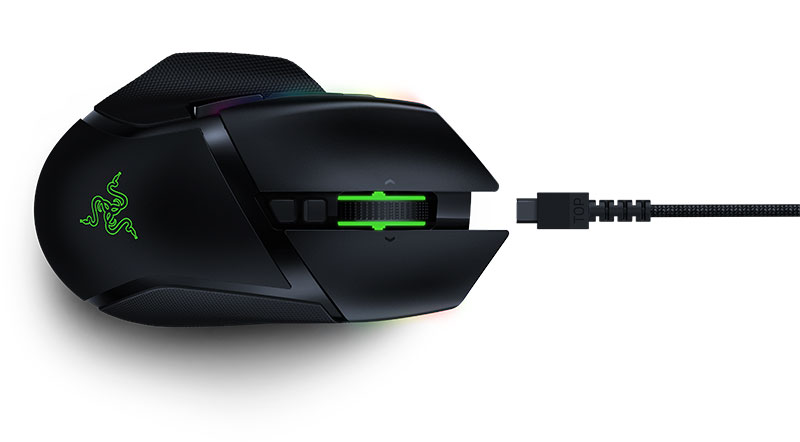 Smart Tracking basically automatically calibrates the sensor for different mouse surfaces, a process that previously had to be done manually in Razer's Synapse 3 software. Asymmetric cut-off lets you set the sensor's landing distance, or the distance at which the mouse resumes tracking again after being lifted off the mouse pad, while Motion Sync syncs the sensor's signals with the exact intervals when the PC asks it for information, so you're supposed to get more recent cursor information and more consistent tracking.

On top of that, the Basilisk Ultimate is equipped with optical switches. These are the same as those in the Viper mice, and they rely on light for actuation instead of metal contacts. This means no need for any debounce delays, and faster actuation in theory.

The feet have been upgraded too and the Basilisk Ultimate comes with the same smooth PTFE feet as the Viper Ultimate. The resistance on the scroll wheel can be adjusted as well via a dial below the mouse.

The mouse comes bundled together with a mouse dock for charging, and Razer is claiming up to 100 hours of use on a single charge. The Basilisk Ultimate also ships with a flexible Speedflex cable for minimal drag if you want to use it in wired mode.

On the other hand, the Basilisk X HyperSpeed is a more modest offering that lacks fancy upgrades like optical switches and the new Focus+ sensor. Instead, it supposed dual-mode wireless operation via either the 2.4GHz dongle or Bluetooth LE. The latter mode grants even longer battery life of up to 450 hours. 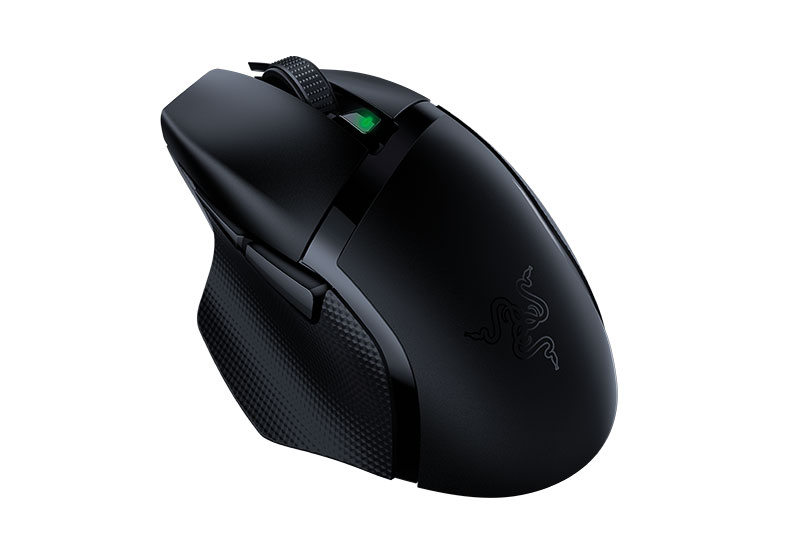 The sensor is a 16,000DPI Razer 5G Advanced Optical Sensor, which is a modified version of the PMW3389, the same as on the Deathadder Elite.

One advantage the regular Basilisk X HyperSpeed might have over the Ultimate version is its weight – it is a lot lighter at 83g, compared to the latter's 107g. That said, neither of these are going to appear on any list of lightweight gaming mice.

The Basilisk Ultimate will cost you US$169.99 together with the mouse dock, while the Basilisk X HyperSpeed is much cheaper at just US$59.99. Interested readers can keep an eye out at Amazon, Lazada and Shopee for the devices.