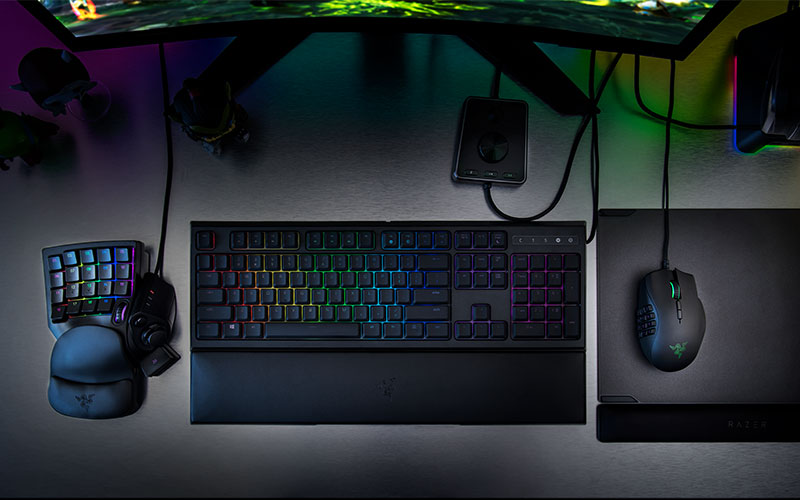 Razer has announced the new Naga Trinity gaming mouse and Tartarus V2 keypad, right after revealing its first ever smartphone.

It’s returning to familiar ground here, and both mouse and keypad are newer iterations of existing products.

The Naga Trinity is actually the ninth version of the Naga family, which already includes models like the Naga Hex V2 and Naga Epic Chroma. But with the Trinity, Razer has also found a way to let you take advantage of the designs of previous Naga mice.

It features a modular design with three interchangeable side plates, which include the 12-button thumb grid from the Naga Chroma, the seven-button thumb wheel from the Naga Hex V2, and a more standard two-button layout for forward and back functions.

All the side plates are contoured the same, so you get the same grip and shape across the board.

This is different from most modular mice on the market, which often limit you to just adding or removing side buttons and changing grip styles.

The Trinity is also equipped with a 5G 16,000DPI optical sensor, and comes with a tilt-click scroll wheel that can be programmed with additional functions. There’s support for Chroma lighting as well, and you can customize the effects using Razer’s new Synapse 3 software.

Next up is the Tartarus V2, an updated version of 2013’s Tartarus. It is outfitted with 32 fully programmable keys, seven more than its predecessor, and it uses Razer’s mecha-membrane keys that attempt to confer a tactile click of sorts onto the softer action of a rubber dome.

These are the same switches that Razer uses in its Ornata keyboard, and the company says it set the actuation point mid-height for a quicker response. 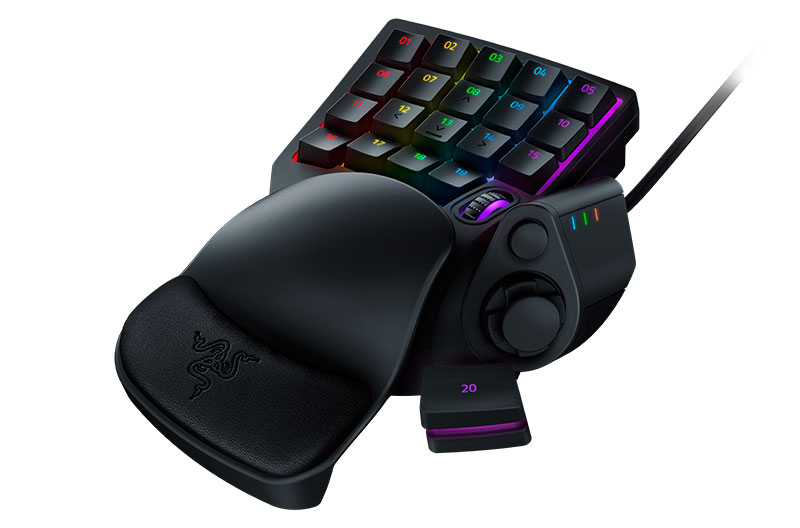 An eight-way directional thumbpad sits on the left, and there’s also a three-way scroll wheel that can be accessed easily with your thumb.

The Tartarus V2 will work with Synapse 3 as well, and you’ll have the option to program a second set of commands using Razer’s Hypershift mode.