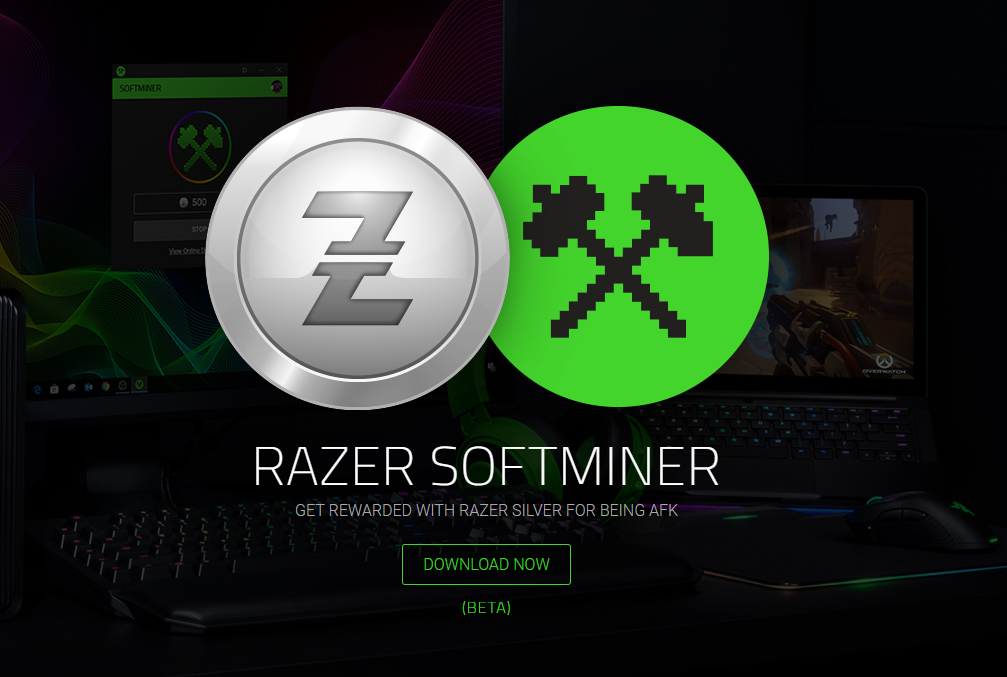 While the cryptocurrency boom is mostly dead, with both Bitcoin and Ethereum seeing a massive dive in value over the past few months, Razer is jumping into the game with its new pseudo crypto-mining software, SoftMiner.

To be clear, SoftMiner doesn't actually let you mine cryptocurrency yourself. Instead, it lets you earn Razer Silver, which Razer emphasizes in its FAQ "is not a cryptocurrency." Razer goes on to clarify that "Razer Silver is a loyalty rewards program" and that "we work with crypto mining technology to harness your computer’s GPU. In turn, we award you with Silver, giving you access to Razer’s ecosystem and suite of rewards." So essentially, you'll be letting Razer use your computer to mine cryptocurrency, and in exchange, they'll give you Razer Silver.

How much Razer Silver? According to Razer, you can earn up to 500 Silver a day, although that depends on how good your rig is. Having said that, even if you're earning 500 Silver a day, it will take a while before you can redeem anything worthwhile on the Razer Store. A Razer Huntsman Elite keyboard costs 280,000 Razer Silver, which means you'll need 560 days - more than a year and a half of mining - to earn one. The Huntsman Elite retails for S$229.90, and you'll almost certainly spend more than that on the extra electricity costs of running SoftMiner (which Razer says "uses a substantial amount of your GPU power") for 560 days (not to mention the additional costs of prematurely wearing down your hardware).

It's also worth noting that zSilver, which is the rewards program Razer Silver replaced, expired after one year. If Razer Silver has the same one year expiration (Razer doesn't state specifically), you won't actually be able to ever accumulate enough Silver to buy that Huntsman Elite keyboard.

Update: As pointed out by our reader X_ "there is a 12-month validity period from the date of Razer Silver earned or claimed" so yes, you'll never be able to accumulate enough Silver to buy that Huntsman Elite keyboard.