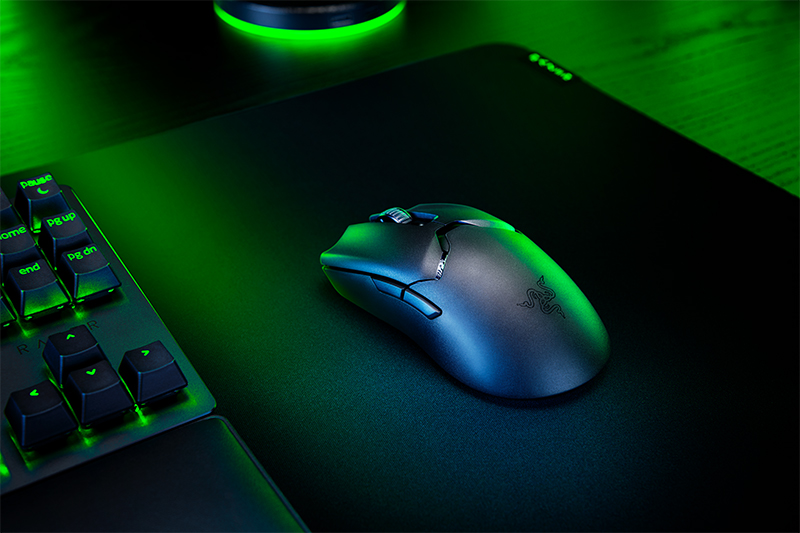 Razer may have unseated the Logitech G Pro X Superlight from its prime position at the top of the wireless totem pole.

Its new Viper V2 Pro wireless gaming mouse has shed the grams in a big way, weighing in at a mere 58g. That's on par with some of the lighter wired counterparts on the market today, and significantly lighter than the original Viper Ultimate, which weighed 74g.

Other than the weight reduction, Razer has also made several other improvements. The Viper V2 Pro boasts upgraded switches, longer battery life, and a new Focus Pro 30K optical sensor. Clearly, Razer isn't about to relinquish its numbers advantage in the DPI game any time soon. The sensor supports features like Smart Tracking, Motion Sync, and Asymmetric Cut-off. The latter now has up to 26 granular levels of height adjustment, compared to three in the previous version, which gives you more control over the lift-off and landing distance.

The third-generation optical mouse switches are rated for a click lifecycle of up to 90 million clicks, 25 per cent more than the previous generation. Like before, the optical switches supposedly also eliminate all debounce delays and double-clicking issues, while sporting a more tactile feel.

The mouse charges over USB-C and is rated for up to 80 hours per charge, 10 hours more than the Viper Ultimate. Included in the box are pre-cut grip tapes, a flexible Speedflex cable, and a 2.4GHz HyperSpeed USB dongle extender.

Join HWZ's Telegram channel here and catch all the latest tech news!
Our articles may contain affiliate links. If you buy through these links, we may earn a small commission.
Previous Story
Apple to restructure services team to focus on streaming and ad businesses?
Next Story
Love, Death and Robots volume 3 looks even crazier and wackier than the original