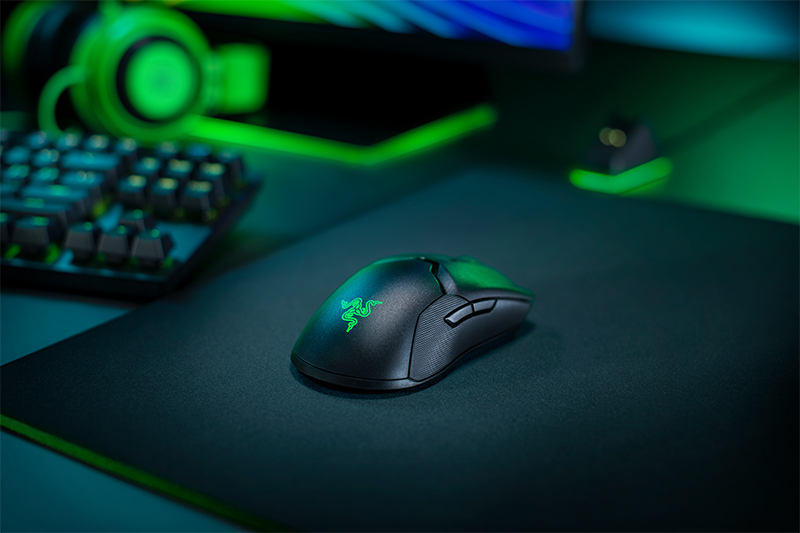 About a couple months ago, some eagle-eyed viewers spotted MIBR's Epitácio "TACO" de Melo using what looked like a wireless Razer Viper at the Starladder CS:GO Berlin Major. As it turns out, that mouse is actually happening. The Razer Viper Ultimate is a wireless version of the Razer Viper, and it may just be one of the lightest, if not the lightest, wireless gaming mice around right now.

Razer did more than just cut the cord on the Viper Ultimate though. The mouse sports a brand new Focus+ optical sensor, which we haven't seen from Razer before. This optical sensor goes up to a whopping 20,000DPI and tracks at up to 650IPS. It's unlikely you'll ever need that high a DPI, but it's still impressive to see on paper.

There's also something called Smart Tracking, which is supposed to automatically calibrate the sensor to suit difference mousing surfaces, such as cloth or hard mats. Razer previously offered manual calibration for this in Synapse 3, but it seems like it'll do that automatically now.

In addition, the Viper Ultimate uses Razer's new HyperSpeed 2.4GHz wireless technology, which according to Razer, is 25 per cent faster than leading wireless gaming mice. The company didn't specify any names, but it's difficult not to think of the Logitech G Pro Wireless, which has pretty much been the last word in terms of wireless gaming mice for a while now. HyperSpeed is basically an improved version of Razer's Adaptive Frequency technology, which we've already seen on mice like the Lancehead. It basically scans frequency channels every millisecond, so it knows which channels to avoid in order to minimise interference and lag. 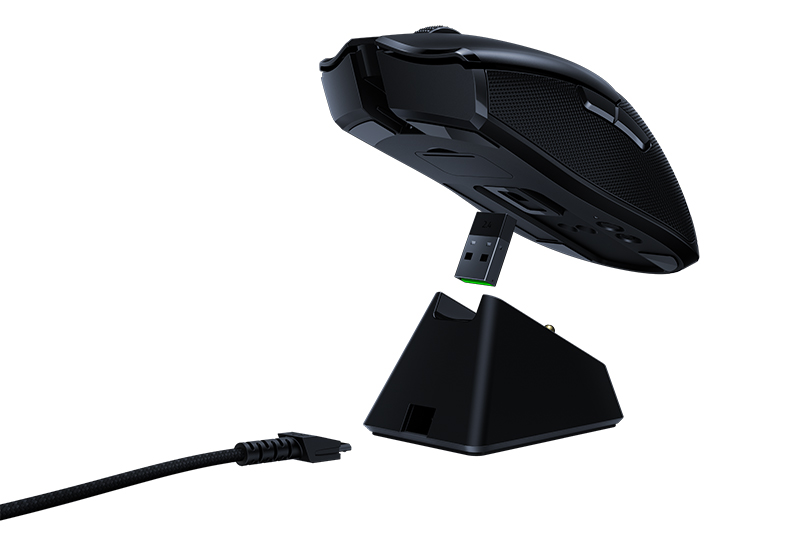 Razer says it reduced power consumption with HyperSpeed as well, and it's claiming up to 70 hours of uninterrupted gameplay on the Viper Ultimate.

And while the Viper was generally well-received, there were complaints that its feet could feel a little scratchy right out of the box. It seems like Razer has listened, because the Viper Ultimate now comes with new PTFE mouse feet that Razer says are smoother.

Despite being a wireless mouse, it also uses the same flexible, Speedflex cable as the Viper.

Finally, the Viper Ultimate is equipped with optical switches, the same as the original Viper. These rely on light instead of physical contact between metal parts to send signals to your PC, so they're technically faster and more reliable. 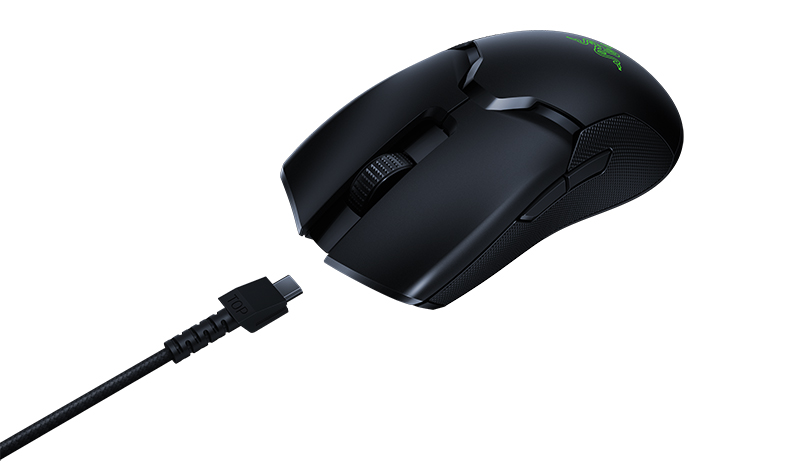 The mouse also ships with its own charging dock, which has its own Chroma RGB lighting around the base. It's designed to take future wireless mice from Razer as well, so you can use the same dock for other Razer wireless mice you decide to buy next time.

The Viper Ultimate is available to buy now on the Razer store at S$239.90, together with its dock.