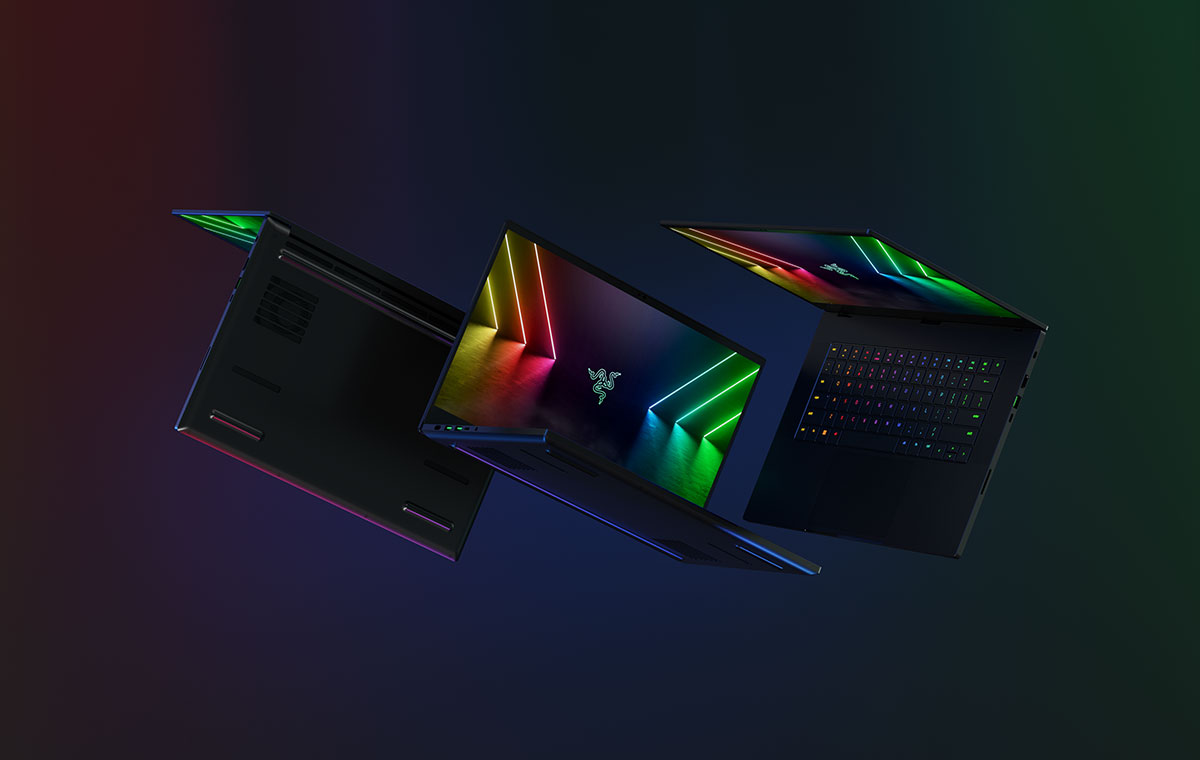 (*This article has been updated with local pricing and availability)

Razer has unveiled the new iterations of its Razer Blade laptops. The refreshed lineup will see three sizes included in it: the 14, 15 and 17-inch sizes, and will see the introduction of new AMD Ryzen and Intel CPUs, along with new DDR5 memory, with clock speeds of up to 4800MHz. The Razer Blades will also utilise NVIDIA’s RTX 30-series GPUs, with some high-end configurations giving you the option of a GeForce RTX 3080 Ti.

Beginning with the CPU, all configurations of the new 14-inch Razer Blade will house the 8-core Ryzen 9 6900HX, a member of AMD’s new Ryzen 6000 series of laptop processors. This marks the second Razer Blade 14 to lean on AMD hardware, the first being 2021's Razer Blade 14, which used the Ryzen 9 5900HX. The Blade 14 will also see the implementation of a new MUX switch, which allows you to quickly disable the integrated GPU, as well as support for AMD FreeSync Premium.

Meanwhile, the 15 and 17-inch Razer Blades will utilise Intel’s 12th Gen H-series chips, with configurations going up to the 14-core i9-12900HK. Razer is also incorporating new, upgraded displays for both of them, with options including a UHD 144Hz display, to a FHD 360Hz display. The GPU choice for the Razer Blade 15 goes up to an RTX 3080 Ti, and the highest display option of a UHD 360Hz panel.

Razer is pitching the Blade 17 as a laptop for on-the-go pros, and it certainly has the credentials for both content creation and consumption. The Blade 17 doubles the speaker count to eight, compared to the four on the previous iteration, and includes a larger 82Wh battery. You also get the option of an i9-12900HK and RTX 3080 Ti, though you'll have to choose this time as no configuration with both of them exists for the Blade 17.

Pre-orders for all the above notebooks are available starting from Jan 8, 2022.

Join HWZ's Telegram channel here and catch all the latest tech news!
Our articles may contain affiliate links. If you buy through these links, we may earn a small commission.
Previous Story
Lenovo's new ThinkPad Z laptops are a new look for the storied ThinkPad brand
Next Story
Razer's Project Sophia and Enki Pro Hypersense aim to enhance your home setup