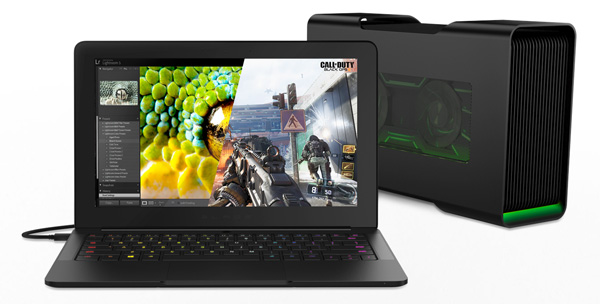 CES 2016 is in full swing and what's CES without announcements of new hardware? Razer's not one to buck the trend, so the company's announced it's releasing two new pieces of gaming hardware soon. One of them is called the Razer Blade Stealth and the other is the Razer Core.

The first part of the puzzle is the Razer Blade Stealth.

The Razer Blade Stealth is a 12.5-inch gaming notebook. There are two main variations of it; one with a QHD resolution (2,560 x 1,440 pixels) display and the other with a 4K resolution (3,840 x 2,160 pixels) display. Both displays will be touch-capable and Razer claims that the QHD display can achieve 70% accuracy on the Adobe RGB color space, while the 4K display can manage a 100% reproduction. Both models will come with an Intel Core i7-6500U (2.5GHz, 4MB smart cache), Intel HD Graphics 520 integrated graphics, 8GB DDR3L and variable SSD options, depending on the model.

Like the Aorus models we talked about yesterday, the Razer Blade Stealth will also feature backlighting control for each individual key on the keyboard. At just 1.25kg, the machine is definitely one of the lighter gaming notebooks out there. Here are the machines' full specs:- 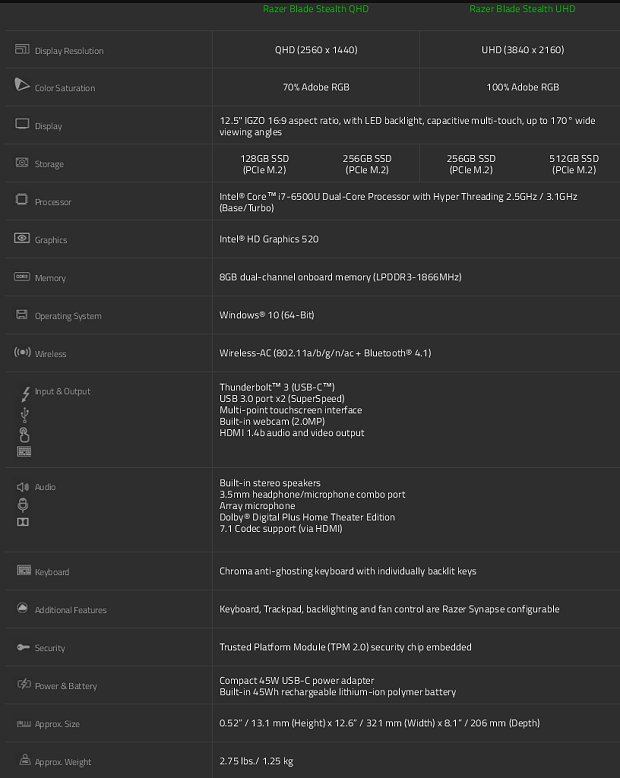 Still, there's a catch. Eagle eyed readers might have noticed that for a gaming notebook, the Razer Blade Stealth doesn't come with a discrete GPU, but an Intel's integrated graphics. While it can run casual games fine, the chip is hardly capable of running games like Fallout 4 on the highest settings, especially not on resolutions the Razer Blade Stealth comes with. So what gives?

That's where the Razer Core comes in. 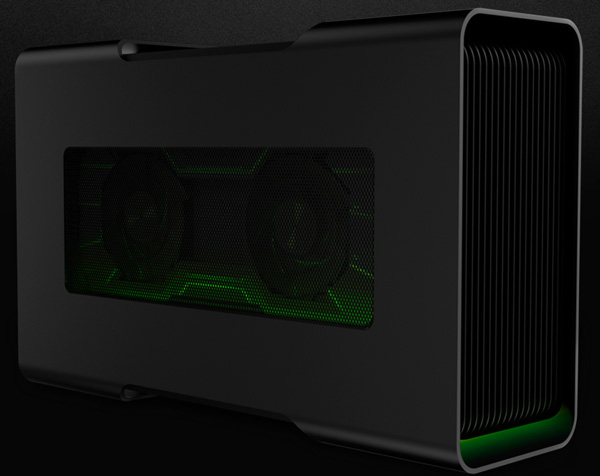 The Razer Core is Razer's answer to the Alienware Graphics Amplifier and MSI's GS30 Shadow gaming dock. It's a desktop enclosure that accepts a single twin-slot desktop graphics card and connects via Thunderbolt 3 (USB Type-C) to the Razer Blade Stealth to boost the notebook's graphics horsepower. Looks like Razer is a little late to the game. Here are the specs of the enclosure:- 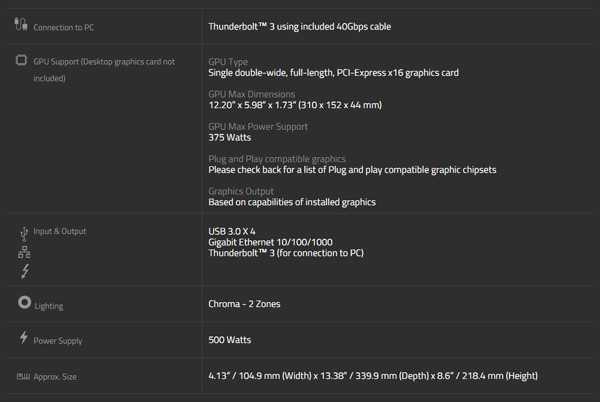 As we mentioned, the Razer Blade Stealth will come in a variety of configurations, with its base model costing US$999. Pre-orders are already open on Razer's US site, with the units scheduled for shipping later this month. The Razer Core on the other hand, only has a Q1 release date listed with no pricing yet.

Join HWZ's Telegram channel here and catch all the latest tech news!
Our articles may contain affiliate links. If you buy through these links, we may earn a small commission.
Previous Story
Sharp introduces its first TVs with curved screens and quantum dot technology
Next Story
Netflix goes live in 130 new countries, including Singapore