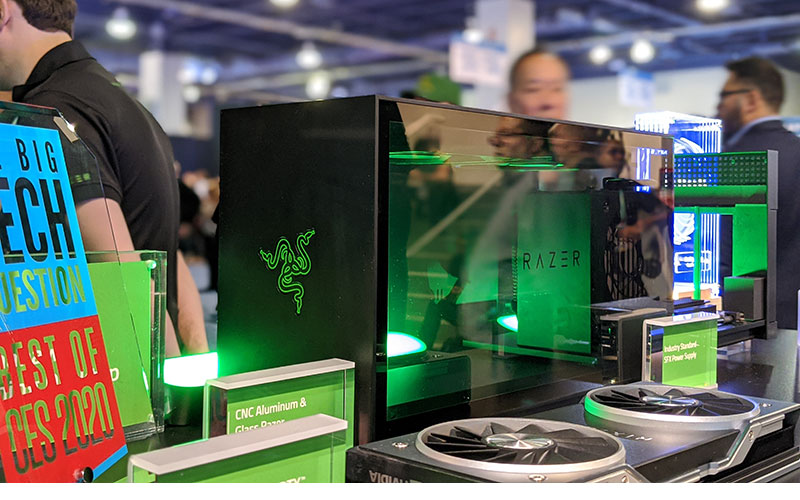 Razer has announced its first ever desktop gaming PC, and what a beauty it is. The Tomahawk is a compact chassis not unlike the Razer Core X Chroma external GPU dock, and it is shockingly simple in implementation. Taking up just 10L in volume, this aluminum and tempered glass case can hold up to an NVIDIA GeForce RTX 2080 Super and an Intel Core i9 processor.

But Razer also wanted to make it really easy to put together. The Tomahawk lacks a traditional motherboard and instead holds an Intel NUC 9 Extreme Compute Element. There's no need to fiddle with any standoffs or screws – the design is completely tool-less, just like the Core X Chroma dock. Razer's desktop employs a similar internal tray mechanism, which slides out the back of the system via a handle. The tray has two PCIe slots, which hold the Intel NUC unit and GPU. 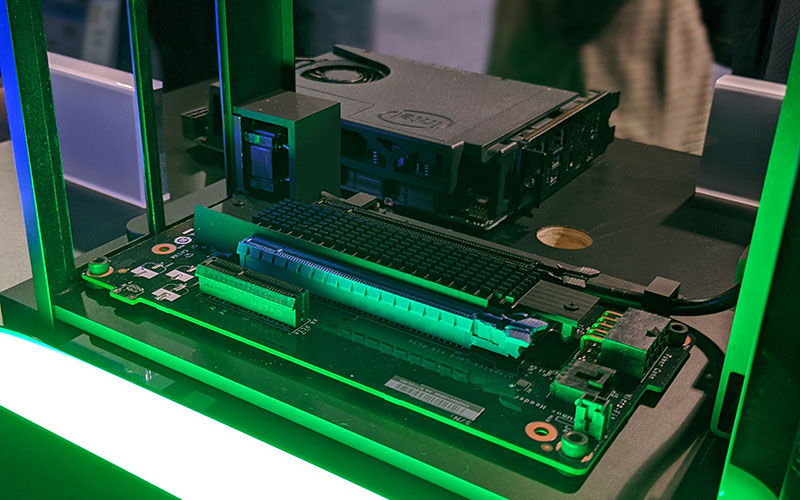 I should point out that the NUC 9 Extreme Compute Element doesn't hold a desktop-class CPU. Instead, it comes with a 45W Core i9-9980HK chip, which is usually found in laptops. In addition, it has two slots for SO-DIMM memory modules – these are again traditional laptop parts – and a pair of M.2 sockets. 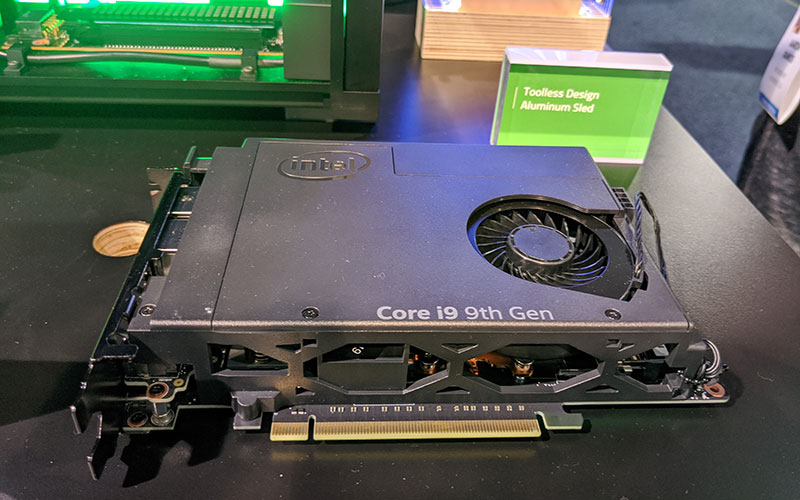 Finally, the Tomahawk holds a tiny SFX power supply, but Razer didn't disclose the wattage on it. The PSU connects to the NUC module using a special 10-pin power connector instead of the regular 24-pin power connectors. Custom cables like this will probably be used in all systems with an Intel NUC unit, since there's nowhere for excess cables to go in tiny cases like this one.

A third M.2 socket sits between the two PCIe slots on the Tomahawk's tray, so you could potentially install up to three SSDs.

Once the GPU and CPU module have been inserted and all the relevant cables connected, it's just a matter of sliding the tray back in and powering the system up. It makes the idea of building your own PC a lot less foreboding, and it could encourage novices to try their hand at it.

The Tomahawk is expected to ship this June, and I was told that Razer is targeting a price somewhere in the range of its Blade 15 laptops. Razer will sell it as both a fully built PC and a standalone chassis.