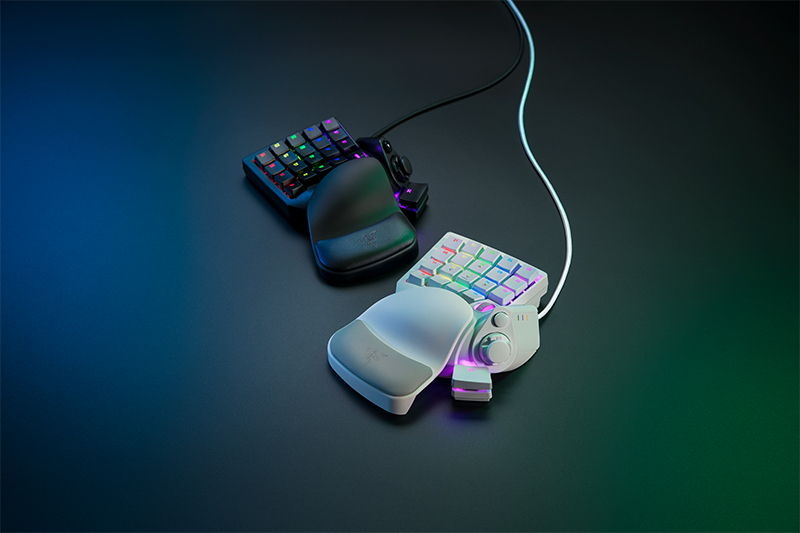 Razer today announced the Tartarus Pro, the latest addition to its Tartarus keypad family. It's also the first to come with optical switches, which have the added advantage of accepting analog input for an extra layer of control in games.

The Razer Analog Optical Switches, as the company is calling them, enables the keypad to sense how far each key is pressed. This emulates analog input and is similar to what you get from the thumbsticks on your controller. In addition, you can adjust the actuation point between 1.5mm and 3.6mm, so you can choose between having faster key presses and less sensitive, but more deliberate, actions.

Much like the optical switches on Razer's Huntsman keyboards, a keystroke is registered when an infrared light beam passes through the switch stem. This time however, a sensor also measures how far the key travels based on how much light passes through. This lets the switch accept varying levels of input when the key is pressed.

Razer says you can configure dual-function keys on the Tartarus Pro, where a partial or full keystroke each trigger different actions. This sounds like it might help to simplify complex key sequences, as in certain MMOs, but I'm not sure how precise the keys will feel and how easy it'll be to accidentally trigger a full key press when you really want to go for a partial actuation. 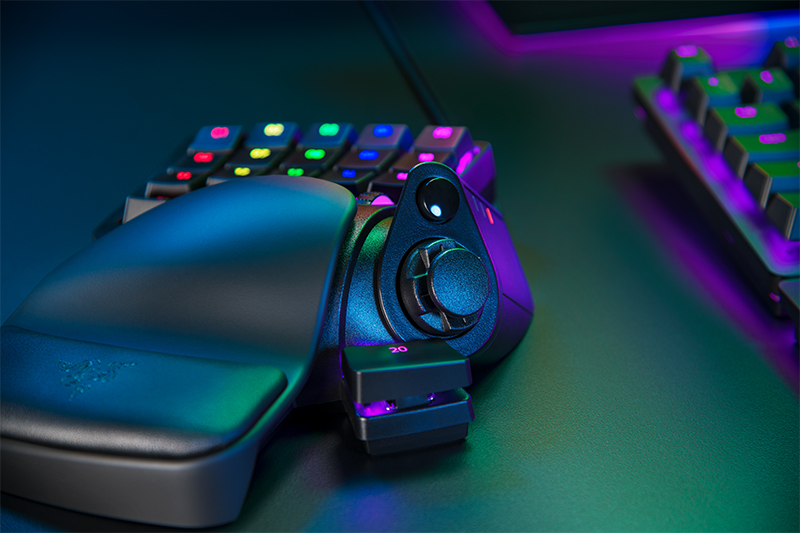 That said, the analog switches open up other possibilities as well, including a greater degree of movement control in FPS and racing games.

In total, the Tartarus Pro has 32 programmable keys and an 8-way directional thumbpad. The latter isn't limited to navigation though, and you can assign other commands to it too. On top of that, the Tartarus Pro supports up to eight quick toggle profiles that you can switch between quickly using a dedicated button at the side.

The keypad is compatible with all games that support a controller without any need for further integration. The Tartarus Pro is available to buy now at the local Razer store at S$206.90.