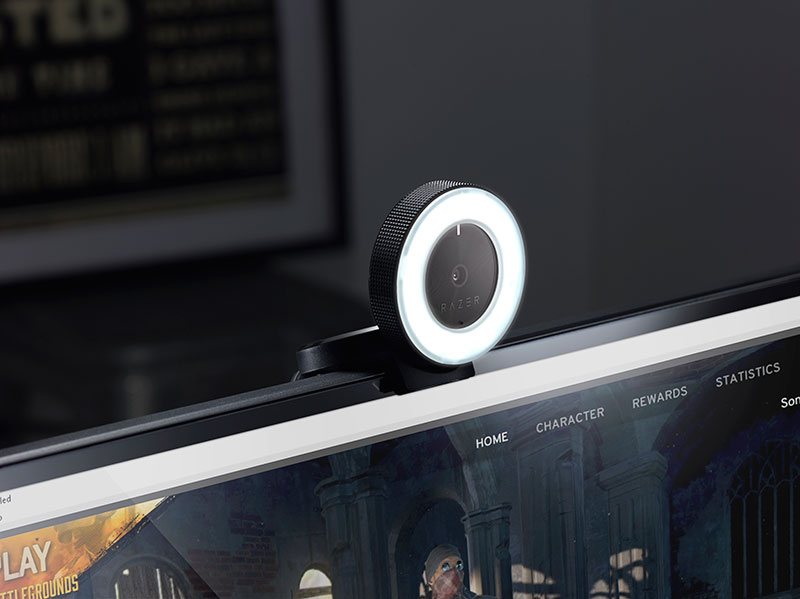 Razer is better known for its gaming peripherals and systems, but it’s decided to go after streamers with new additions to its Razer Broadcaster product line. The Razer Kiyo webcam and Seiren X microphone have been designed with input from top streamers around the world, and they come with several features to boost usability.

For starters, the Kiyo webcam comes with an adjustable ring light, which should help provide better illumination than your monitor if you stream in low light. The light itself is comprised of 12 white LEDs, and supports up to 12 different levels of brightness.

That said, not many streamers seem to have a lighting problem, so it remains to be seen how many will actually see a need for the Kiyo.

The four-megapixel autofocus camera can also record at up to 1080p30 or 720p60, and works with streaming utilities like XSplit and Open Broadcaster Software.

It comes with a 1.5 meter braided cable, so you should be able to get it set up at an ideal spot without worrying about the cable being too short.

On the other hand, the Seiren X is a USB condenser microphone with an in-built shock mount, a world’s first according to Razer for such a compact microphone. It features 25mm condenser capsules and follows a supercardioid pickup pattern that focuses on sound coming from its front, or where you’d normally be sitting.

In addition, it comes with a removable desk stand, so you can easily take it around with you.

Both the Razer Kiyo and Seiren X retail here for S$159.90. And if you buy the Kiyo before 27 October, you can also receive a limited edition Razer Kiyo carrying case to protect the camera while traveling.

Join HWZ's Telegram channel here and catch all the latest tech news!
Our articles may contain affiliate links. If you buy through these links, we may earn a small commission.
Previous Story
5 things you need to know about the Google Pixel 2 XL coming to Singapore
Next Story
Now you can Photoshop your 360 images