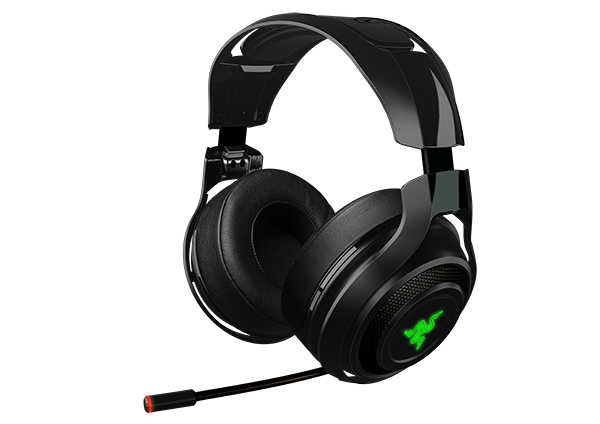 The days when wireless hardware was anathema to latency-averse gamers might just be behind us for good. Razer has announced the ManO’War, a new wireless headset that promises lag-free operation and high-fidelity audio.

To hear Razer tell it, the ManO’War features a handful of technologies to help it live up to its claims on paper. These include multiple wireless antennas, frequency channel scanning, and an advanced coding algorithm that supposedly ensures the best possible performance over the 2.4GHz band.

The multiple antennas allows it to offer an extended wireless range of up to 12m, but if that still isn’t far enough for you, Razer also has an optional extension dock that can boost the range to 14m. And by automatically scanning different channels on the 2.4GHz band, Razer says the ManO’War can locate the clearest one and connect to it. 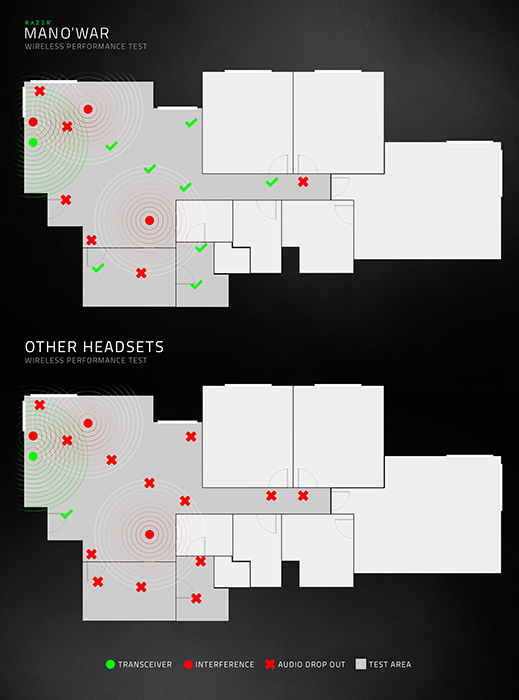 The headset connects to your PC, Mac or PlayStation 4 (for some reason, Xbox One compatibility isn’t officially listed) via an ultra-compact wireless USB adapter, which supports plug-and-play connectivity.

In addition, it is equipped with 50mm neodymium magnet drivers that offer virtual 7.1 channel surround sound. These are enclosed in thick, luxurious-looking leatherette ear cups that cover your ears entirely for maximum comfort and noise isolation.

A unidirectional digital microphone boom is concealed in the left ear cup, and it can be retracted when it is no longer needed. Compared to regular analog microphones, Razer says the digital microphone can take advantage of algorithms that allow for more natural-sounding audio and clearer voice reproduction.

A helpful LED indicator on the boom will light up when the mic is muted, so you don’t end up inadvertently talking to yourself. The ear cups also feature Quick Action controls at the bottom that let you adjust the mic and volume levels easily on-the-fly.

As expected, the illuminated Razer logo on the ear cups also supports Razer’s Chroma lighting technology, offering up to 16.8 million colors to choose from and various lighting schemes.

The ManO'War is available to buy now on the Razer Store for S$299.90, with units expected to ship from 29 April.