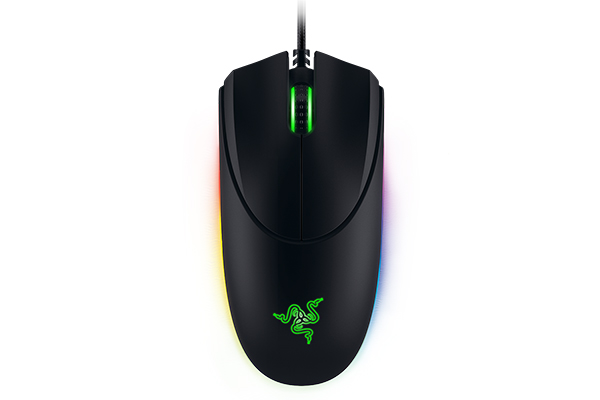 Razer is on a mission to ensure you can light up your devices in all the colors of the rainbow. Following on the release of its new Wildcat Xbox One controller and Nabu wristband at PAX Prime, Razer has now announced three new products at IFA 2015 in Berlin.

Old-time gamers will love this one – it’s bringing back the Diamondback gaming mouse, updated with specifications fit for 2015. In addition, it has refreshed the Orochi Bluetooth mouse, and introduced a new Kraken headset for use with mobile phones.

The Razer Diamondback was something of a cult favorite. The resurrected Diamondback retains the long, slim form factor of its predecessor, along with the ambidextrous design that also characterized its compatriots of the day – the Razer Krait and Copperhead.

However, its innards have been entirely revamped for 2015 and it now boasts a 5G 16,000DPI sensor with a 0.1mm lift-off distance and two side buttons on both sides. It will work with Razer’s cloud-based Synapse software, allowing users to tweak their sensitivity in one-DPI increments.

And if you’re like us and absolutely detest glossy plastic sides on mice, you’ll be pleased to know that rubber side grips have been added this time.

It’s also been co-opted into Razer’s quest to slap Chroma lighting features onto all its products, and the logo, mouse wheel, and the entire length of its contoured edges can be customized with your color of choice.

The new Diamondback is available for pre-order now on the Razer Store for S$149.90.

The new Razer Orochi also gets the Chroma treatment, along with significant improvements to battery life and wired performance.

The new Chroma lighting is actually quite understated, and only the scroll wheel is illuminated on the mouse. Far more noticeable is the claimed improvements in battery life, which Razer says now amounts to around 60 hours – or seven months – of use. This is twice that on the older Orochi, which could only get 30 hours of use out of two AA batteries.

Of course, do note that these figures assume that the Chrome lighting is disabled, and battery life will take a hit if the lights are on.

You can still use the mouse in either wired or Bluetooth mode, and the microUSB port in question is located just beneath the scroll wheel at the front of the mouse.

When plugged in, the new Orochi now boasts the standard 1000Hz polling rate found on just about every gaming mouse available today. This drops back to 125Hz when you connect via Bluetooth 4.0. The sensor has also been upgraded to an 8,200DPI 4G sensor, compared to 6,400DPI previously.

Honestly, 6,400DPI was plenty back then and still plenty now, but we don’t blame Razer for wanting bigger numbers to show on a product refresh.

The Orochi is available for pre-order now on the Razer Store S$119.90. 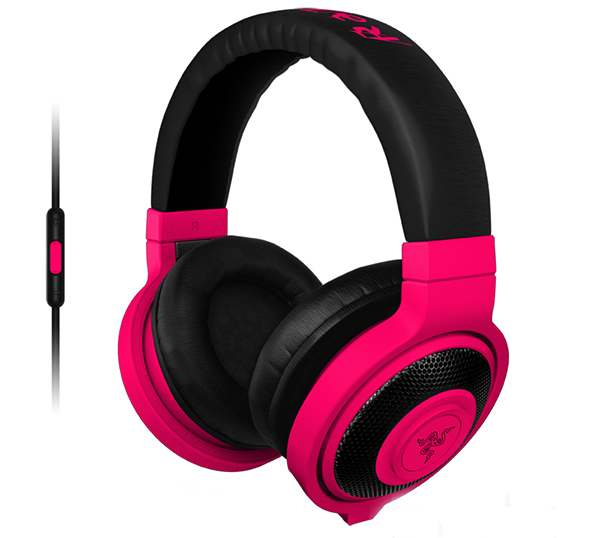 Joining Razer’s Kraken line-up of headsets is the Kraken Mobile, a new headset that is meant to be used on-the-go with mobile devices. It is available in six bright neon colors just like the Kraken Pro Neon headsets, and uses 40mm neodymium magnet drivers, which appear similar to what’s used on the Kraken Pro and original Kraken.

An in-line microphone and remote has been added to allow you to adjust your volume and take calls on the go, but it only works with iOS devices. However, Android users will have the option to purchase an Android version of the microphone and cable online. The cable is detachable, so you can swap it out easily for the Android version and transport the headset.

So far, it looks like the only thing that makes this Kraken more suitable for mobile devices is the in-line cable and microphone. It’s even slightly heavier than the Kraken Pro, weighing 315g vs the latter’s 300g.

The Kraken Mobile costs S$149.90 on the Razer store, and looks to be available for purchase already.

Join HWZ's Telegram channel here and catch all the latest tech news!
Our articles may contain affiliate links. If you buy through these links, we may earn a small commission.
Previous Story
WhatsApp now has 900 million monthly users, up from 800 million in April
Next Story
New Lenovo IdeaPad, ThinkPad Yoga and ThinkCentre hardware announced!