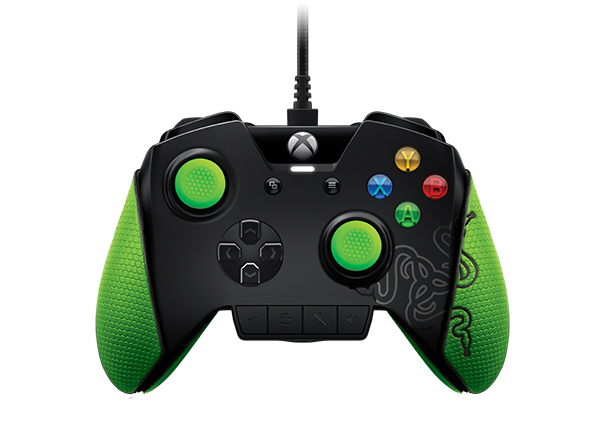 Razer has unveiled the Razer Wildcat, a wired controller for the Xbox One, and an updated Nabu smartband at PAX Prime in Seattle. While the company is primarily known for its slew of PC gaming peripherals and Chroma-enabled devices, it continues to show that it does indeed have its hands in more than one cookie jar.

A new controller for the Xbox One

The Wildcat is Razer’s first controller for the Xbox One – its existing Sabertooth controller works with the Xbox 360, so it was only a matter of time before we saw a brand new controller for Microsoft’s latest console.

Like many gaming-oriented keyboards, buttons on the Wildcat can be programmed with your function of choice. More specifically, the multi-function shoulder bumpers and triggers can be reprogrammed with any button on the controller for easier access or simply to suit your personal preference.

In addition, there are four extra buttons along the bottom edge of the controller, along with a 3.5mm audio jack for you to hook up your headset. Razer calls the four-button array a Quick Control Panel, and it offers faster access to various functions like chat and a one-click mute button for your microphone.

An included set of two trigger stops allows you to cut down on the time it takes to actuate the trigger buttons, great for first-person shooters where a rapid rate of fire is necessary. Finally, the controller features high-carbon steel analog stick necks and removable aluminium triggers for improved durability. 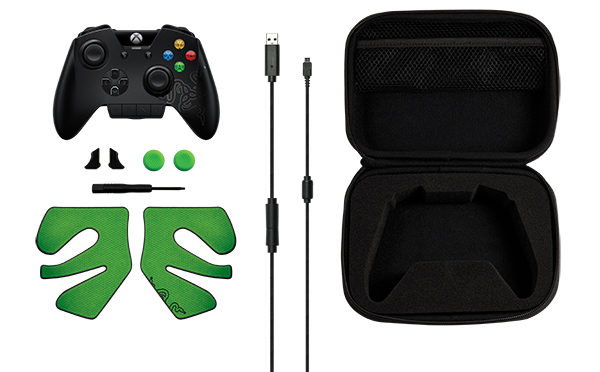 Razer is also including rubber palm grips and analog stick grip caps in its signature green, should you want a firmer grip on the Wildcat. The controller will retail for US$149.99 when it becomes available worldwide in October.

Moving on, the updated Nabu smartband looks more or less like the original that first debuted at CES 2014, but with minor tweaks that make using it more intuitive. For instance, a button that used to be adjacent to the screen is now located at the top of it.

Most of the changes appear to be coming on the software side, and both the Nabu and Nabu X will receive major updates through a new smartphone companion app. The new app will have an improved UI and better algorithms that automatically track your sleeping patterns and provide a clearer picture of your daily activity.

Pre-orders for the new Nabu start on 15 September for US$99.99 and the smartband will begin shipping in October.

Join HWZ's Telegram channel here and catch all the latest tech news!
Our articles may contain affiliate links. If you buy through these links, we may earn a small commission.
Previous Story
Plantronics launches the BackBeat Sense - ultra-light wireless headphones for all-day listening
Next Story
M1 Data Passport available in five more countries