It's finally happened; Razer has announced their own gaming desk. Called Project Sophia, the 'Razer Hook' is that the desk is completely modular, looking nothing like a regular desk. Alongside this, Razer is also releasing the Enki Pro Hypersense gaming chair, combining their existing Enki Pro chair with Hypersense haptics, first revealed in the company's Nari Ultimate headset.

Razer says that the idea of these new products stems from the difficulty of using a single workspace for working, creating and playing throughout the day, especially with the rise of working from home.

Hence, starting with Project Sophia, the desk will support up to 13 modules. Though Razer has not given a specific list, some examples include secondary screens and system monitoring tools, as well as modules for more distinct use cases, including touchscreen digitisers for artists, a THX Surround Sound system for gamers and camera and microphone controls for streamers. Powering Project Sophia is a customised PCB running a currently-unspecified Intel processor and NVIDIA GPU. The desk is also lined with LEDs for the basically mandatory Razer Chroma integration and comes with a 65-inch OLED display. As for the Enki Pro Hypersense, Razer is partnering with D-BOX, a company that specialises in manufacturing immersive haptic technology. As a result of this partnership, the Enki Pro gets fitted with a haptic engine that Razer says can provide up to 65,000 haptic variations. Essentially, it's enough to create a 1.5-inch tilt, both vertical and backwards, with just tactile feedback alone.

Games, movies and music titles that will be supported by the Enki Pro Hypersense upon release span over 2,200 names. For games, that includes F1 2021, Forza Horizon 5 and Assassin's Creed Valhalla, so you're getting a good amount of support for games out of the box. And even if your favourite game doesn't support Hypersense haptics, the Enki Pro Hypersense has Direct Input Haptics, which uses controller, keyboard and mouse input to generate haptic feedback as a substitute. 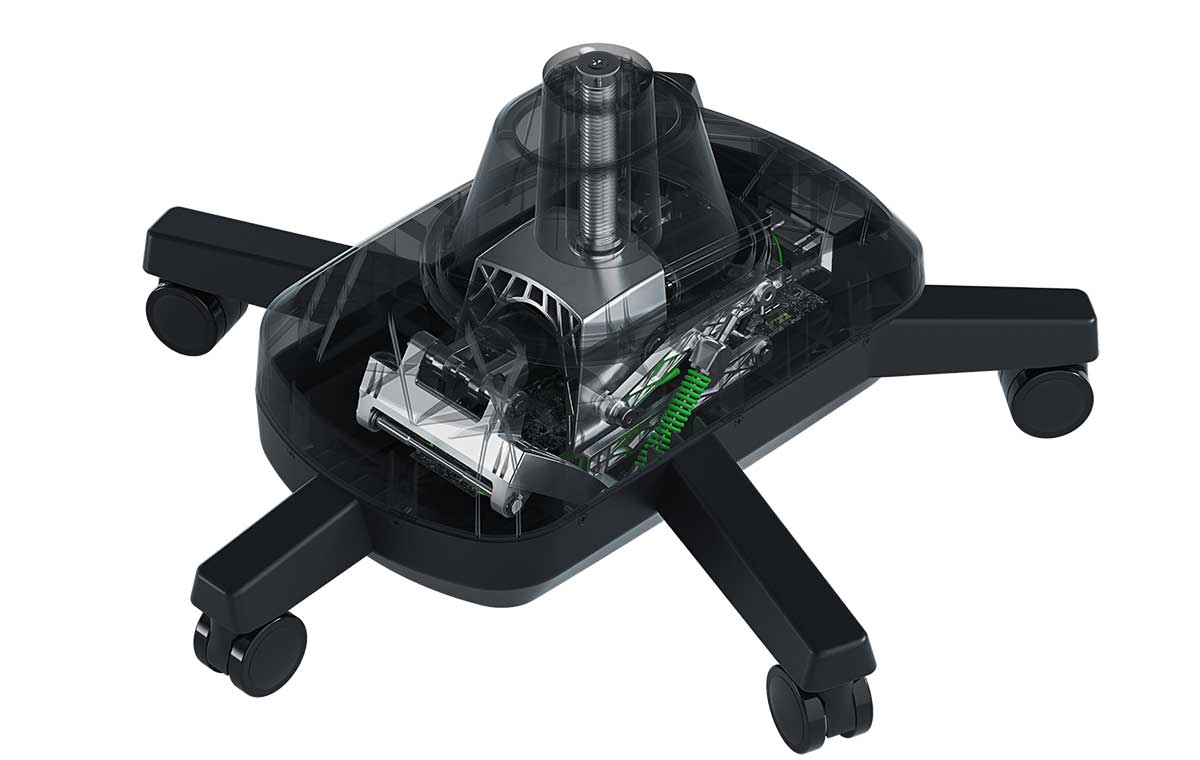 Razer rates the responsiveness of the Enki Pro Hypersense at 5ms as well, ensuring a short delay between media and haptics. Of course, it also carries features from the regular Enki Pro, including a built-in lumbar arch for lower back support, a 22-inch seat base and 100-degree shoulder arches.

There's currently no word on availability and pricing yet for both, and seeing that Project Sophia is still a concept design, there's still the chance it may never see the light of day, at least not in its current form. Though, it's not entirely impossible for it to be released, as the Zephyr wearable air purifier had its origins as another concept product, Project Hazel.

Join HWZ's Telegram channel here and catch all the latest tech news!
Our articles may contain affiliate links. If you buy through these links, we may earn a small commission.
Previous Story
Razer unveils new 14, 15 and 17-inch Razer Blades for CES 2022 (Updated with local pricing)
Next Story
Chroma Smart Home is Razer's attempt to make its own smart home ecosystem