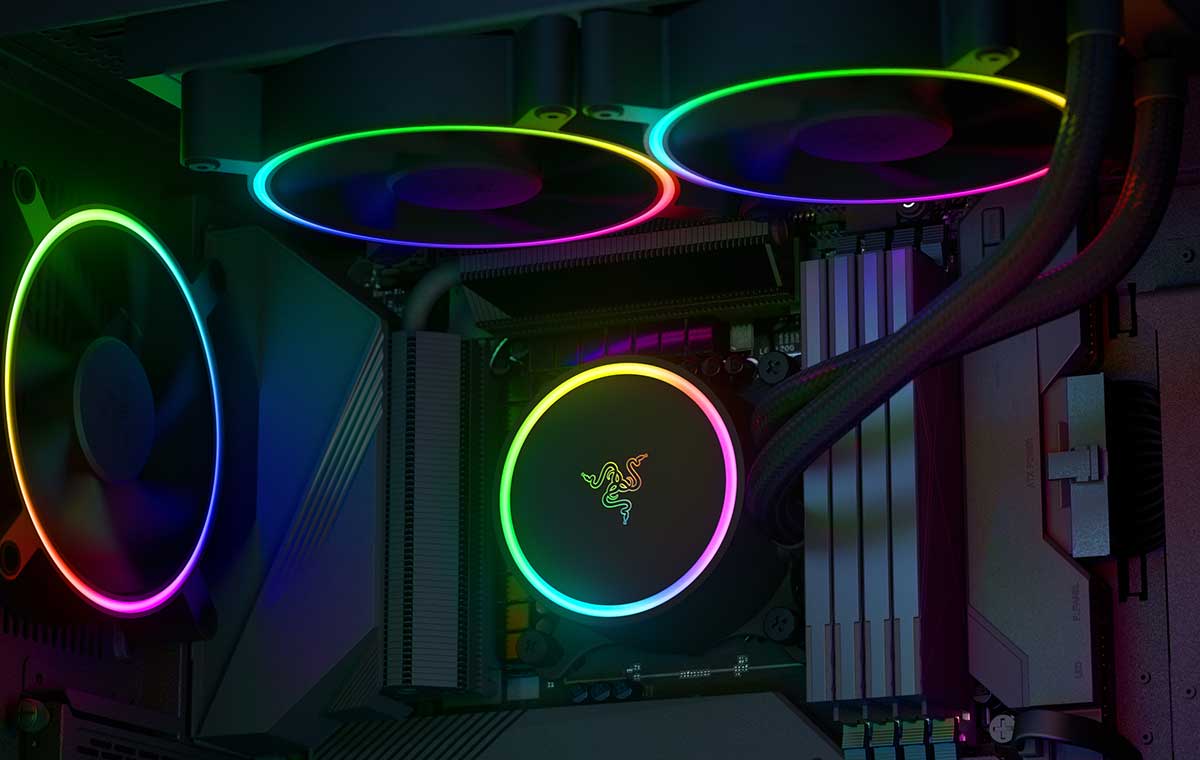 The Kunai fans come in both 120mm and 140mm versions, with the former going up to a speed of 2,200RPM and the latter's up to 1,600RPM. Razer touts some improved stats over competing products for the Kunai, stating that the fans have 70% more static pressure while running  21% quieter.

If you opt to stay in the Razer ecosystem, you can control the fans through Razer’s own PWM controller, which allows the connection of up to eight fans. The Kunai can also be daisy-chained or controlled together.

Then there's the Razer Hanbo AIO liquid cooler,  which also uses Kunai fans. It will come in 240mm and 360mm options, and has a rotatable and addressable ARGB magnetic pump cap that's made out of copper and plastic.

Finally, there’s the Katana, a fully-modular ATX PSU available in 750W, 1200W and 1600W. The 80 PLUS rating varies depending on the model you get, with a Platinum rating given to the 750W and 1200W varieties, while the 1600W model gets a Titanium rating.

The Hanbo AIO and Katana PSU will only be available next month and January 2022 respectively, however. Pricing will also be announced later.

Join HWZ's Telegram channel here and catch all the latest tech news!
Our articles may contain affiliate links. If you buy through these links, we may earn a small commission.
Previous Story
PUBG: New State announces a November release date with new trailer
Next Story
The Razer Zephyr Wearable Air Purifier and mask is finally here