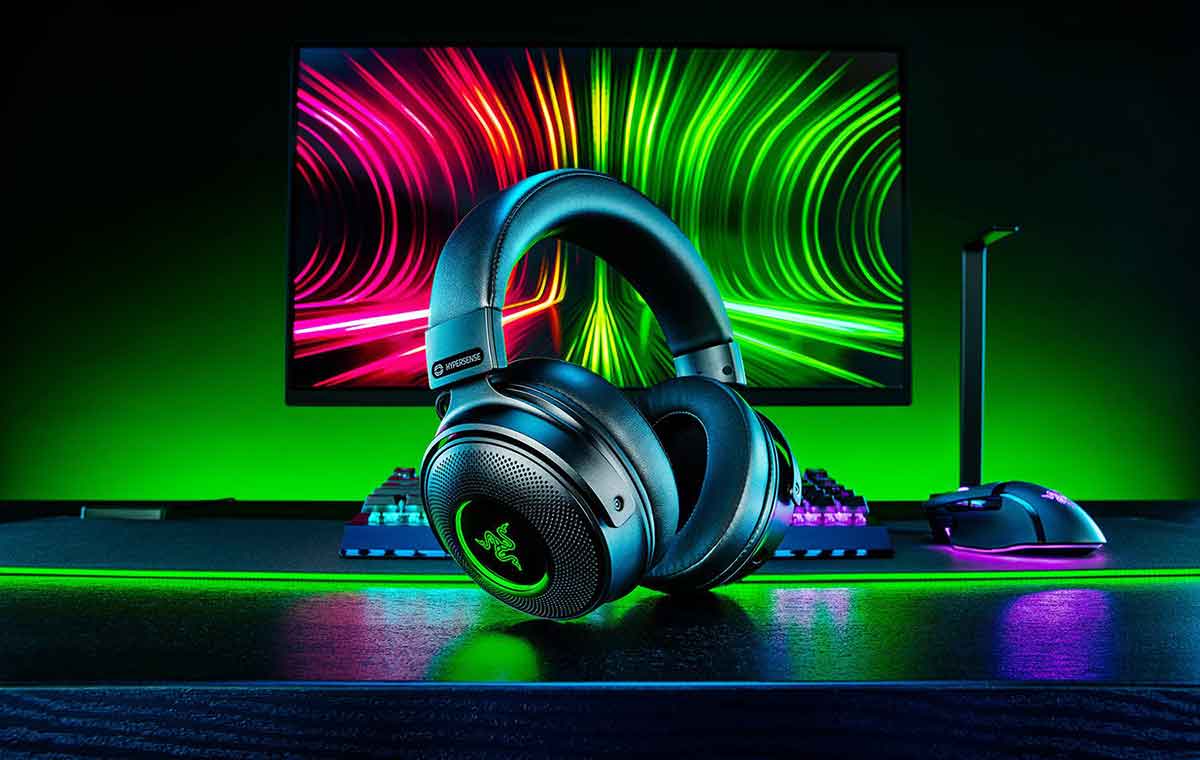 Razer has announced an update to its Kraken line of headsets: the Kraken V3, Kraken V3 HyperSense and Kraken V3 Pro. A notable feature among the newly-released headsets are the inclusion of Razer's HyperSense haptics, first introduced in the Razer Nari Ultimate.

Specifically, the Kraken V3 HyperSense and Kraken V3 Pro will be the ones in the lineup to receive this feature. One of HyperSense's biggest selling points is the ability to change the scale of vibrations based on what's happening in-game.

HyperSense also works over a wider frequency range (20Hz - 200Hz) to mimic and change intensity with greater flexibility. There are two haptic drivers in each earcup to produce a stereo field to add to the three-dimensional theme that HyperSense is trying to acheive. There's also four levels of adjustable haptic intensity: Off (for conference calls), Low, Medium (the default) and High, controlled through on-device controls for on-the-fly adjustment.

As for what the three headphones have in common, they all use Razer’s Triforce 50mm Titanium Drivers featured on the BlackShark V2 headset. The Triforce drivers are named so because the drivers are split into three distinct parts, the lows, mids and highs. The three headsets also support THX Spatial Audio, and all the Spatial Audio game profiles that Razer offers. Of course, Razer Chroma RGB is available on all three headsets.The headsets' earcups are also made of hybrid fabric and leatherette memory cushion foams, steel-reinforced headbands with a thicker plush leatherette headband cushion.

The Kraken V3 and V3 HyperSense utilise a wired USB-A connection, while the Kraken V3 Pro has wireless capability through a USB-A dongle that supports Razer HyperSpeed wireless. The V3 Pro also has a 3.5mm headphone jack, though HyperSense presumably isn't compatible should you choose to use it. The V3 Pro supports charging through USB-C.

Join HWZ's Telegram channel here and catch all the latest tech news!
Our articles may contain affiliate links. If you buy through these links, we may earn a small commission.
Previous Story
The Razer Zephyr Wearable Air Purifier and mask is finally here
Next Story
Facebook brings AR experiences to video calls on Messenger