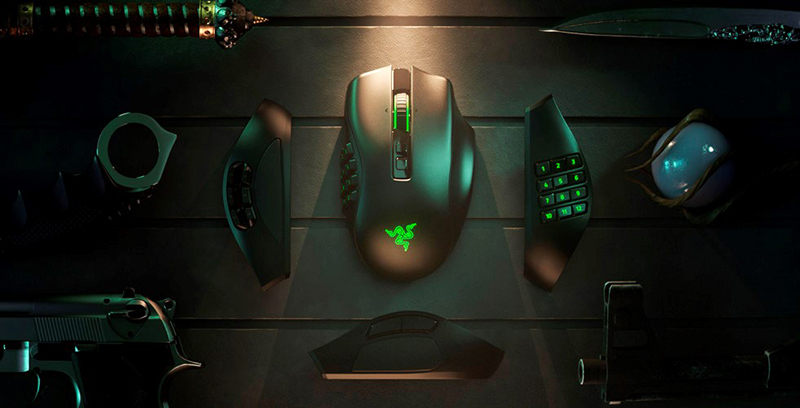 Razer has announced the Naga Pro wireless gaming mouse, the latest addition to its HyperSpeed wireless line-up that already includes the Razer Viper Ultimate, Basilisk Ultimate, and Basilisk X HyperSpeed. Drawing on the design of the Naga Trinity, which featured a three-in-one modular design, the Naga Pro also features three swappable side plates with different button layouts, allowing it to be used for a range of genres from first-person shooters to MMOs and MOBAs.

It was built to offer gamers greater choice and customisation – the side grips look pretty easy to swap out, featuring an updated modular design with magnets that let them snap securely into place. The side plates have two, six, or 12 programmable buttons, and the six-button plate is a newly designed layout that is debuting on the Naga Pro.

Each layout is designed to be used for a specific game genre. For example, the two-button plate is for FPS players,  the six-button one for battle royales or MOBAs, and the 12-button one for MMO and RTS titles. The 2-button side plate also comes with rubberised sides to provide better grip in the middle of a firefight.

Razer is claiming up to 100 hours of battery life on the Naga Pro over the 2.4GHz wireless connection, or up to 150 hours over Bluetooth. If the battery runs low in the middle of a game, you can also charge the mouse and continue to use it via the included Razer SpeedFlex cable.

The sensor is a Razer Focus+ 20,000DPI optical sensor, the same one as on the Viper Ultimate. It utilises the same Motion Sync, Smart Tracking, and Asymmetric Cut-off features, which supposedly allow for more responsive and accurate tracking and also better control over the lift-off distance. 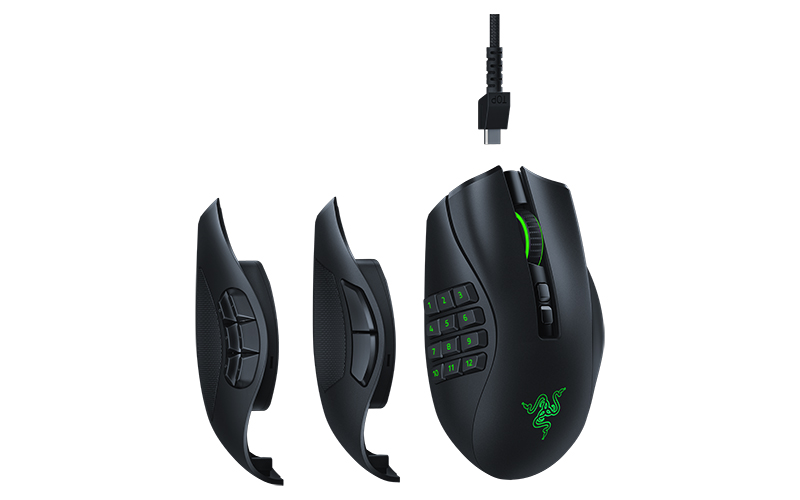 Finally, the Naga Pro is outfitted with Razer's optical mouse switches, which rely on light instead of physical contacts to register a switch actuation. This means faster switch actuation in theory, because there's no need for a debounce delay, and also greater durability and reliability due to fewer metal contacts.

Join HWZ's Telegram channel here and catch all the latest tech news!
Our articles may contain affiliate links. If you buy through these links, we may earn a small commission.
Previous Story
The NVIDIA GeForce RTX 3080 could be up to 50 per cent faster than the RTX 2080 Ti
Next Story
The new NVIDIA RTX 3070, 3080 and 3090 cards are true next-gen graphics monsters