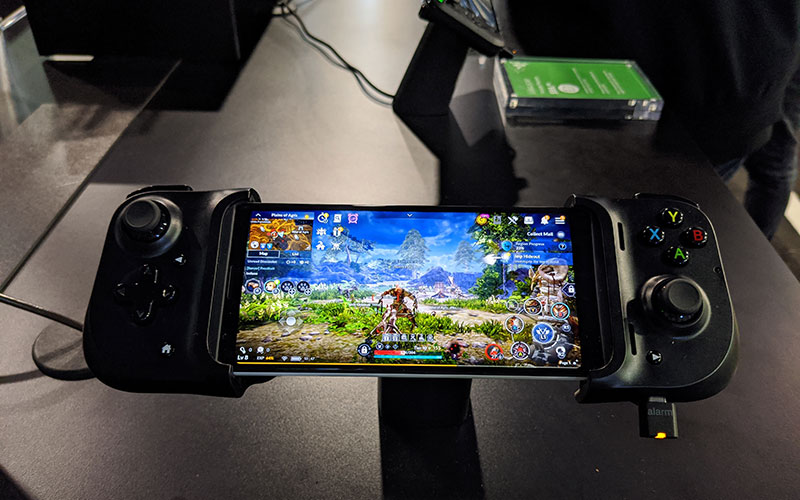 Just a couple months after announcing the Nintendo Switch-like Junglecat controllers for phones, Razer is back with another mobile gamepad. The Kishi improves on the Junglecat in a few important ways, and it will also work with most Android phones and the iPhone. The latter matters, because the Junglecat only worked with a grand total of four Android smartphones and even required that your phone be put in a special case to use it.

The Kishi has better compatibility with more phones mostly because it's ditched the Bluetooth connection in favour of a straightforward USB-C or Lightning connector. It plugs directly into your phone's charging port, and another benefit of this approach is that it should be more reliable and have lower latency than Bluetooth.

This also means that the Kishi doesn't need to be charged separately like the Junglecat's two controllers. It just draws power from your phone, taking the hassle of charging another device out of the equation entirely. And if you're worried about your phone running out of battery mid-game, there's also a charging passthrough port at the bottom that will let you charge your phone while gaming.

The controller follows a pretty standard console controller layout, with a directional pad and analog stick on the left and a second stick and ABXY buttons on the right. There are four shoulder triggers as well at the top. 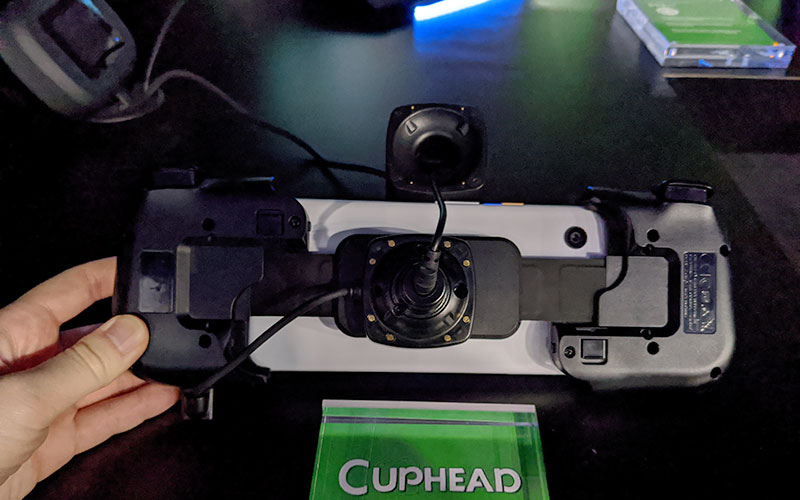 An elastic band at the back holds both halves together, stretching to snap over your phone when in use and retracting to create a much smaller unit when you need to stow it. The fit was super snug on Razer's demo, which used a Pixel 3a XL. Hopefully, the band has enough tension in it to deliver an equally good fit on smaller phones.

The Kishi was developed in partnership with GameVice, a company that makes its own Switch-like mobile controllers. Razer says it'll work with pretty much any game that supports controller inputs, so it could potentially improve mobile gaming experiences with cloud gaming services like xCloud or Stadia.

There are no specifics regarding price and availability yet, but Razer did say that the Kishi will arrive in early 2020.