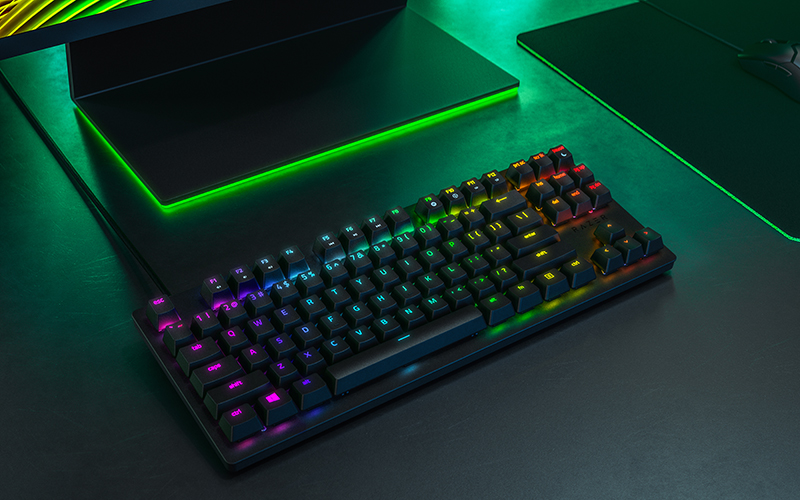 Updated on 27 September 2019: Added details on local pricing and availability.

This is a different from the purple Opto-Mechanical switches in the Huntsman Elite. That was a tactile, clicky switch, but the Linear Optical Switch is, well, linear. It delivers a smooth actuation without any tactile bump whatsoever, with a low actuation point of just 1mm. Of course, this is prime fodder for more marketing spiel about how the switches will respond faster than others that actuate at 2mm, but I really doubt that its humanly possible to tell the difference.

But the actuation point aside, there's some real tech behind the optical switches, and they should in theory register faster. That's because they use light to capture key presses, instead of relying on metal contacts. This means there's no need for any debounce delay, and the key registers instantly.

These are very light switches, with an actuation force of just 40g, lighter even than 45g Cherry MX Reds.

The Huntsman TE was built to be easy to carry around as well. It uses a detachable USB-C cable and can store up to five profiles in its onboard memory. 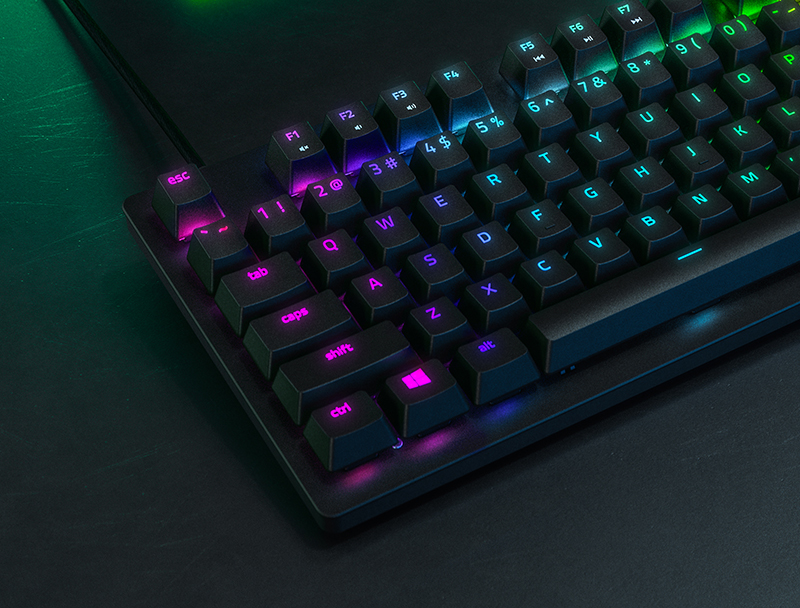 Another nice addition is the use of doubleshot PBT keycaps. Many gaming keyboards today still have ABS keycaps, but they're more likely to take on an unsightly "shine". On the other hand, PBT has a slightly rougher texture and is far more resistant to key shine. It'll hold up better against the test of time, especially considering the number of hours esports athletes put in. That said, PBT is also more prone to warping, so it remains to be seen how well Razer has tackled this with larger keys such as the spacebar.

Of course, there is also support for Razer Chroma, and you'll be able to customise the backlighting on the Huntsman TE and sync it up with other Chroma devices.

The keyboard will retail at S$210.90 and is available to buy now on Razer's website.

Join HWZ's Telegram channel here and catch all the latest tech news!
Our articles may contain affiliate links. If you buy through these links, we may earn a small commission.
Previous Story
Dell: The rise of XPS 13 and XPS 13 2-in-1
Next Story
Go wall-to-wall with Jabra’s new panoramic 4K webcam