Razer reveals the Huntsman Mini, its first ever 60 per cent keyboard

Razer reveals the Huntsman Mini, its first ever 60 per cent keyboard 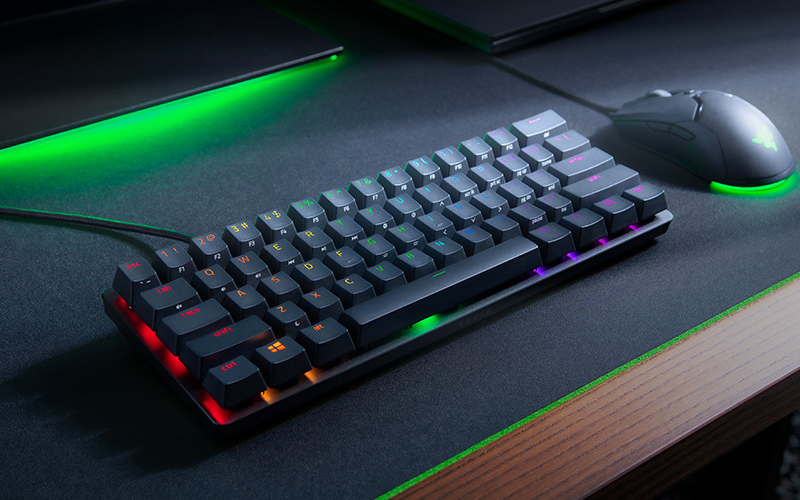 Razer has announced the Huntsman Mini, the latest addition to its Huntsman family of optical switch keyboards and its first-ever 60 per cent model. The more compact form factor will help it appeal to people looking for a smaller, travel-friendly keyboard, and also low-sensitivity gamers who want more room for their mouse.

The Huntsman Mini joins the tenkeyless Huntsman Tournament Edition and full-sized Huntsman Elite in offering optical switches that are supposed to actuate faster than traditional mechanical switches, thanks to the elimination of any need for a debounce delay. Razer is offering both clicky purple switches and what it says are newly improved linear red variants on the Huntsman Mini, which are different from the ones on the Huntsman Tournament Edition. According to the company, the new red switches feature silicon sound dampeners that significantly reduce noise, without sacrificing any speed or smoothness. That said, it remains to be seen how this will affect the feel of the switch and if it will introduce any mushiness. 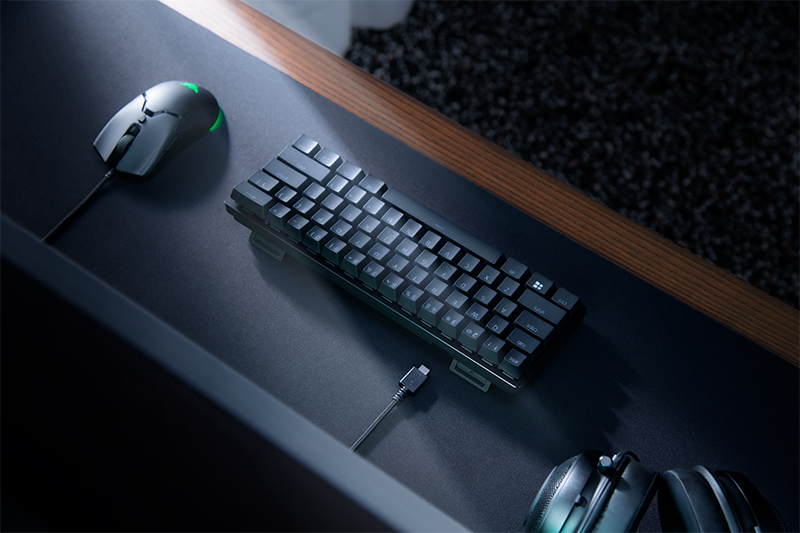 The keyboard also features side-printed legends with useful shortcuts to key functions, such as the arrow keys, the function row, and media controls. The keycaps are doubleshot PBT, the same as on the Huntsman Tournament Edition, and they offer a slightly more textured surface and are far more resistant to shine than regular ABS plastic.

Moving forward, Razer says it will introduce regional layouts later this year to cater to Japanese, Nordic, UK, German, French, Russian, and Spanish customers. And like the Huntsman Tournament Edition, the Mini utilises a standard bottom row, so you can easily pop on your own set of third-party keycaps.

There is of course RGB backlighting, which supports integrations with popular games like Fortnite, Apex Legends, and more through Razer Synapse 3.

Finally, it uses a detachable USB-C cable, which can be swapped out with your own custom cable if you wish.

The Huntsman Mini retails at US$119.99 for the version with clicky, purple switches. The linear switch variant is more expensive at US$129.99.

In Singapore, the Huntsman Mini with clicky, purple switches is available for S$189.90, while the linear, red switches will set you back S$209.99. Both versions are available to buy now at Razer's online store and will be in the retail channels/stores from 21st July.

Join HWZ's Telegram channel here and catch all the latest tech news!
Our articles may contain affiliate links. If you buy through these links, we may earn a small commission.
Previous Story
The 2600-piece LEGO NES console will officially launch on August 1
Next Story
UK to ban Huawei from 5G networks