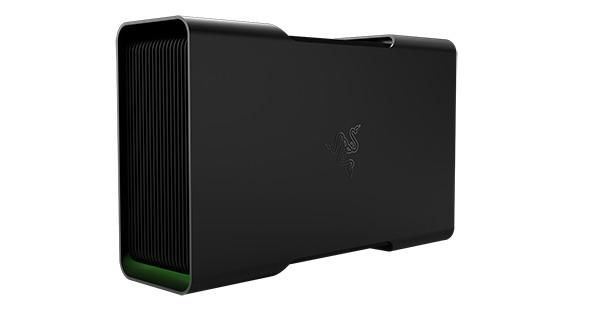 The Razer Core external graphics enclosure was one of the more intriguing announcements at CES 2016, and today we got to find out how much it will cost and just when you can get your hands on one. Starting today, the Razer Core is available for pre-order for a whopping US$499 on the Razer store, with shipping to begin on 15 April.

Razer also released a list of supported graphics cards from both NVIDIA and AMD. For starters, the Core is officially certified to work with most of the latest cards from both camps. These cards must also not draw more than 375 watts from the dock’s 500 watt power supply, and measure no larger than 310 x 152 x 44mm (which means you’re limited to dual-slot cards). We’ve put together a table below listing all the supported cards at launch for your reference.

The dock itself features four USB 3.0 ports, a Gigabit Ethernet port, and two Chroma lighting zones that can presumably be customized to match your Razer laptop. At launch, the Razer Core will work with the Razer Blade Stealth, with support for the just-announced Razer Blade to arrive in the near future. 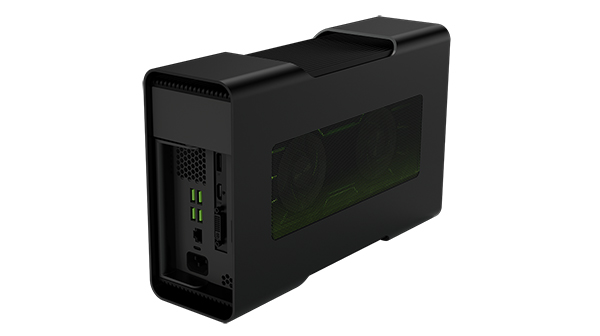 That’s quite a paltry list of supported notebooks, but there’s good reason to believe that it will eventually be possible to buy the Core for use with notebooks from other manufacturers. Razer is offering a US$100 discount on the Core if you get it with a compatible Razer notebook, and it wouldn’t make sense to distinguish between buying the Core with and without a companion Razer notebook if it wasn’t going to work with anything else in the first place.

Furthermore, Razer has very deliberately chosen to go with a Thunderbolt 3 connection on the Core as opposed to some other proprietary interface. It will even work with AMD XConnect, and all the signs point toward wider support for the Core further down the road.

Perhaps given Razer’s recent partnership with Lenovo, we might see supported notebooks from the latter sooner rather than later.

Join HWZ's Telegram channel here and catch all the latest tech news!
Our articles may contain affiliate links. If you buy through these links, we may earn a small commission.
Previous Story
MSI’s Vortex compact gaming PC is a tiny machine with dual NVIDIA GeForce GTX 980s (Updated)
Next Story
Pre-orders for the Galaxy S7 and S7 edge may hit 15 million in China