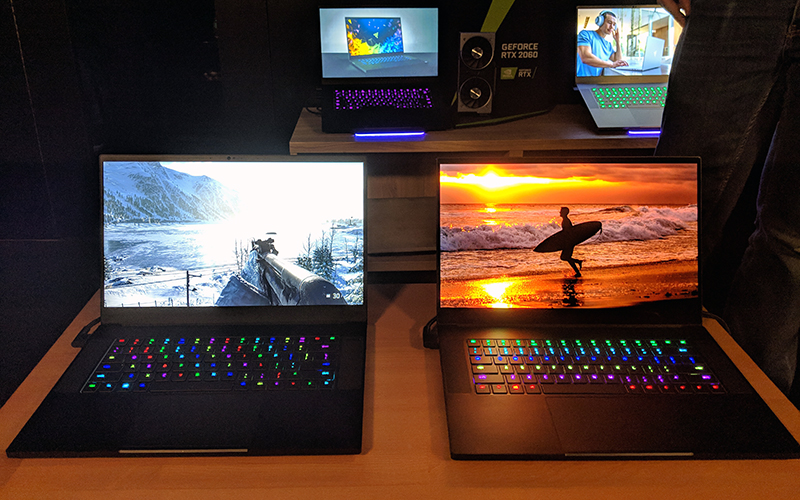 Razer may have just upgraded its Blade 15 gaming laptop with NVIDIA's latest GeForce RTX 20-series graphics cards, but it still has some sweet things coming down the pipeline.

At CES 2019, Razer showed off two working prototypes, one with a 240Hz IPS display and another with a dazzling 4K OLED touchscreen. The company stopped short of providing a release date, but it did say they would be arriving pretty soon.

You can't really tell from the picture above, but the OLED display really pops, boasting impressive contrast levels and deep blacks. Gamers will probably appreciate the 240Hz display more, but it certainly can't hurt to have an OLED option available for those who'll be watching a lot of videos or movies on their laptop.

However, Razer didn't say much about which HDR standard the screen would comply with, if any.

Separately, Dell is also reportedly bringing OLED displays to its Alienware and G series laptops, so we might be seeing more manufacturers hopping on board.

Join HWZ's Telegram channel here and catch all the latest tech news!
Our articles may contain affiliate links. If you buy through these links, we may earn a small commission.
Previous Story
Razer envisions a future where your mouse, wrist rest, and chair vibrate when you shoot in game
Next Story
AMD provides a sneak preview of the 3rd-gen AMD Ryzen desktop CPU at CES 2019